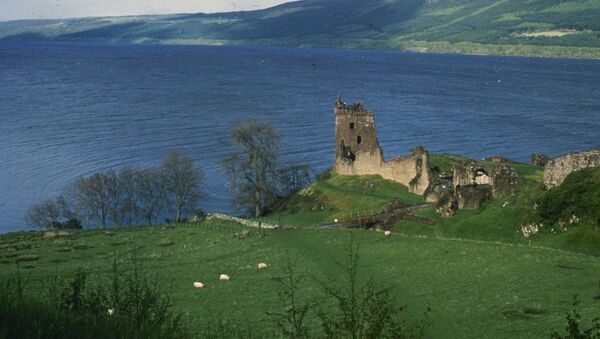 © AP Photo
Subscribe
The notorious Scottish lake, long held up by occultists and conspiracy-theorists as an example of Earth’s unsolvable mysteries, could now be used for a more prosaic purpose, according to a recent proposal.

The projected, dubbed "Red John," inspired by the Scottish name for a source pool in the freshwater loch, could deliver up to 400 megawatts of power over a six-hour period, according to ILI.

"Between 2007 and 2015, the total installed capacity of renewables electricity in Scotland has more than doubled. Due to its intermittent nature, the rise in renewable generation has resulted in increased demand for flexible capacity to help meet energy balancing requirements for the national grid system," ILI wrote on its website.

"Pumped storage hydro is considered to be the most developed and largest capacity form of grid energy storage that currently exists. This can help reduce renewable energy curtailment and therefore promote grid stability," the website adds.

‘Pumped hydro' refers to a type of hydroelectric energy storage in which power is stored as gravitational potential energy. Such projects use pumps to lift water from a lower elevation reservoir to a higher elevation. The pumps are usually run using low-cost surplus off-peak electric power. When there is an electrical demand, the stored water can be released through turbines to generate electricity.

The main benefit of using pumped hydro systems is that they involve modifiable power generation, which can be dispatched according to the needs of power grid operators and markets.

Although the Red John project is promising, it still must be approved by Scottish regulatory agencies, after which, it could take years to build. In addition, according to the ILI website, the project, which will require a 5.4-million-cubic-meter upper reservoir, has some negative effects, such as the loss of natural habitat.

There is also the potential of cost overruns due to sightings of or interference by that mythological Loch Ness Monster, according to local wags.