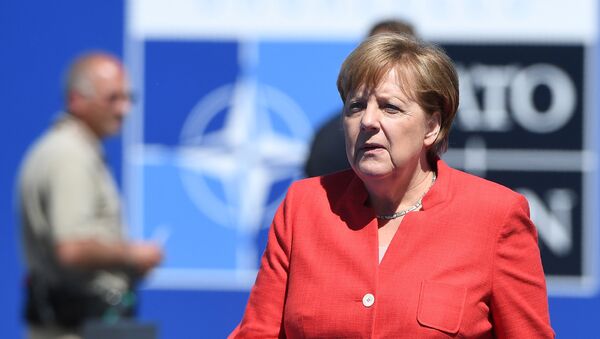 BERLIN (Sputnik) - NATO member states would like to have sensible relations with Russia, German Chancellor Angela Merkel said on Saturday ahead of NATO summit in Brussels scheduled for the next week.

"We would like equally to have reasonable relations with Russia. That is why negotiations in the Russia-NATO Council will always take place," Merkel said.

According to the German Chancellor, the alliance should show determination to defend itself.

"We need NATO as a guarantor of our security, including as of a transatlantic alliance, in the 21st century as well," Merkel said in a video address released on the German government's website.

NATO Reportedly Alarmed Over Future 'Uncoordinated' Trump-Putin Agreements
Earlier this week, some NATO officials reportedly voiced concerns that the bloc's member states were not included in the planning of the Putin-Trump meeting in Helsinki.

US Ambassador to Russia Jon Huntsman revealed that Trump viewed the forthcoming summit in Helsinki as a step that would help ease tensions between the two countries.

NATO Summit in Belgium will be held on July 11 — 12 in Brussels, Belgium.