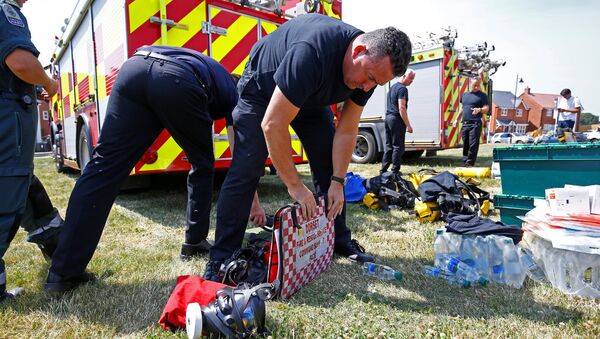 UK Home Minister has stressed it was "unacceptable" for British towns to be "dumping grounds for poison" but an Amesbury dumpster might have been where two Brits became exposed to a nerve agent.

A friend of two people who were affected by the Novichok nerve agent, has suggested the pair could have been contaminated while "dumpster diving."

Justin Ling, who knows both Charlie Rowley and Dawn Sturgess, said the two people "used to go dumpster diving outside of charity shops, going through the stuff they used to chuck out."

"They would find stuff and get bits of jewelery to get some money. They could have been contaminated there."

He added that his friend has been to see Rowley and Sturgess, who were unconscious, with doctors saying the pair weren't responding to treatment.

"They are a good couple, very much in love and they are good for each other. They've had their troubles but were both in treatment," Mr. Ling said. 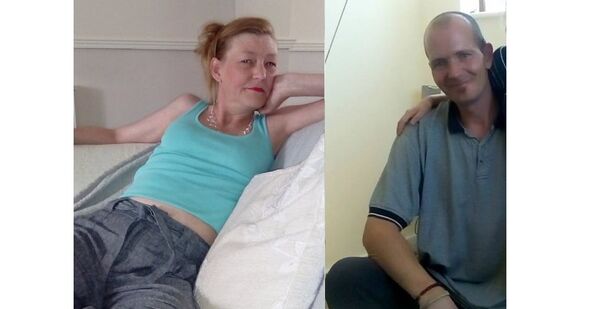 First Ms. Sturgess was taken to Salisbury District Hospital in the morning of June 30, and only several hours later the ambulance service was called back to the same address when Mr. Rowley had fallen ill, according to Wiltshire police. At first authorities thought the pair might have had a bad drug reaction.

"Following further tests of samples from the patients, we now know that they were exposed to the nerve agent after handling a contaminated item. Detectives are working as quickly and as diligently as possible to identify the source of the contamination," Wiltshire police said in a statement.

Speaking about contamination of areas close to Salisbury, where former Russian spy Sergei Skripal and his daughter had fallen ill four months, ago the UK government rejected the idea a clean-up wasn't conducted properly.

"All sites that have been decontaminated following the attempted murders of Sergei and Yulia Skirpal are safe. All sites, which have been re-opened have undergone vigorous testing and any items that may harbored any residual amounts of the agent were safely removed for disposal," UK Home Minister Sajid Javid told the parliament.

Home Secretary @sajidjavid has issued a statement on the Amesbury investigation, following confirmation from the police that two people were exposed to the nerve agent Novichok: https://t.co/52H6G4zSLi

Police authorities continue their search for the source of the nerve agent. Around 100 detectives from the Counter Terrorism Network are "working around the clock alongside colleagues from Wiltshire police" to identify the cause of contamination. 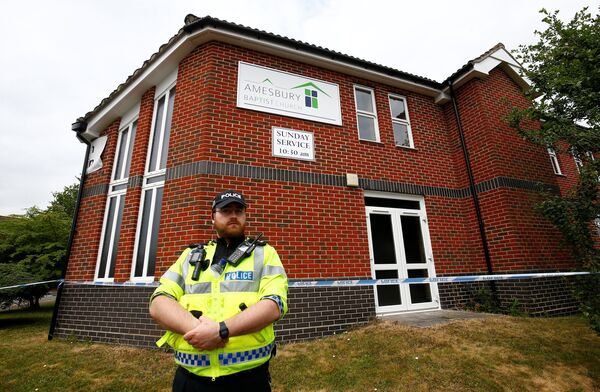 A police officer stands in front of Amesbury Baptist Church, which has been cordoned off after two people were hospitalised and police declared a 'major incident', in Amesbury, Wiltshire, Britain, July 4, 2018
© REUTERS / Henry Nicholls

Both Amesbury and Salisbury are located less than 10 miles away from the UK military research base in Porton Down — home to the Defence Science and Technology Laboratory (DSTL), which was central in response to the Skripal incident.

The UK government claimed the Russian state was behind the poisoning of the Skripals and expelled 23 Russian diplomats from Britain. No evidence of Russian involvement has been presented by London, while Moscow has rejected claims by the officials in Westminster.

Following the latest incident in Amesbury, Russian officials urged the UK government to avoid ‘political games' and called for cooperation with Russian law enforcement in their investigation.