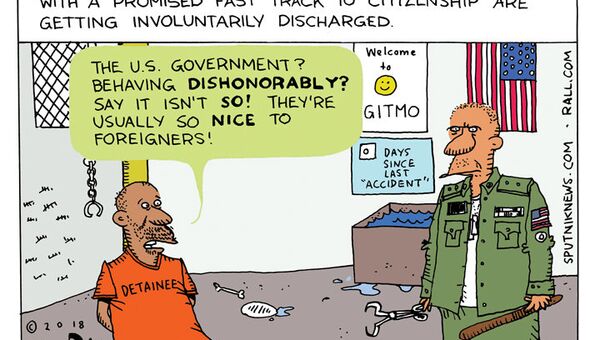 After receiving heavy pushback by the Trump administration, the US’ Military Accessions Vital to the National Interest recruitment program, or MAVNI, is now deauthorized and, as a result, the Pentagon has begun discharging dozens of associated recruits.

Due to a recent Pentagon decision, recruits promised an "expedited" path to citizenship are now getting removed from the ranks of the US Army with nothing but their fatigues to show for their service.

MAVNI, which began under former President George W Bush in 2002, has been known as a pathway for US naturalization following one's "honorable service" since 2009. Despite the requirement being achievable just days following entry into boot camp, recent recruits expecting citizenship are now facing a cycle of interviews, background checks and screening processes in addition to being discharged.

With immigration a hot button issue for the Trump administration following the family separation and child detention camps scandal under the US president's "zero tolerance" policy, Washington may have another associated problem on its hands as immigrant recruits begin seeking legal counsel.