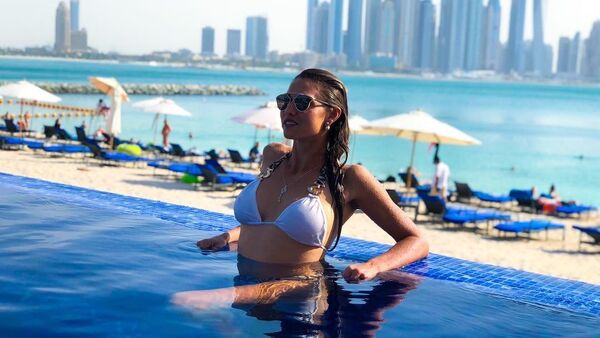 The young player has experienced several low points in her career linked to injuries and health issues, but has been gradually regaining "momentum" and confidence on court after she recovered from the latest setback in 2014.

Emerging Russian tennis star, Vitalia Diatchenko won a tough 3-hour match against Maria Sharapova in the first round of Wimbledon on July 3. This was the first time in Sharapova's career that she didn't advance to the second round of this Grand Slam championship. Diatchenko, who previously held 71st position in the world's singles rankings and 60th in women's doubles, will face American Sofia Kenin in the second round, who is currently ranked much lower than Sharapova.

The young tennis player has faced multiple health problems, which hve significantly held back her career. In 2011 during the Kremlin Cup she suffered a severe knee injury, leading to a surgery that left her off the court for six months; only punctuated by brief appearances. But since 2014 Diatchenko has been gaining both confidence and skill.

Despite an active sports career, Diatchenko still finds time to post her photos on Instagram; beauty both on and off the court.