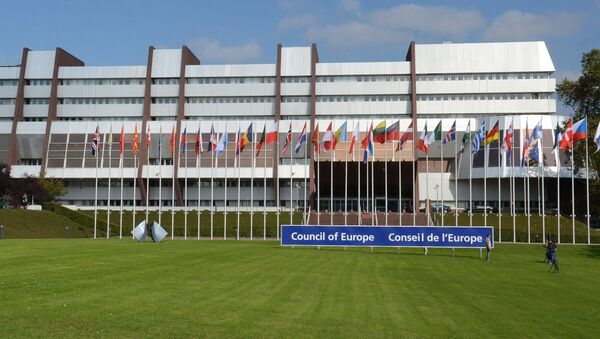 The European Council announced on Thursday that the sanctions will remian in force untill January 31, 2019.

"This decision follows an update from President Macron and Chancellor Merkel to the European Council of 28-29 June 2018 on the state of implementation of the Minsk agreements, to which the sanctions are linked," the Council said in a statement.

According to the document, the Council adopted the decision by written procedure and, "in line with the rule for all such decisions, unanimously."

"We are considering the political decision taken by EU heads of states and governments to prolong unilateral sanctions against our country in the economic and financial area as yet another missed opportunity to constructively rethink EU foreign policy approach to Russia," Zakharova said at a briefing.

She added that Moscow regrets that EU countries continue to tie the state of the relations between bloc and Russia to the state of the Minsk accords on Ukrainian settlement given that Kiev was still undermining peace in the east of the country.

READ MORE: 'We Can't Be a US Lackey': Austrian Business Peeved by Anti-Russian Sanctions

Relations between Russia and the EU deteriorated amid a coup d'état in Kiev in February 2014. After the people of teh Crimean Peninsula held a referendum and voted for  rejoining with Russia, Western states accused Moscow of violating international law and imposed sanctions against it. In its turn, Russia responded with agricultural counter-sanctions, also setting a course for import substitution.