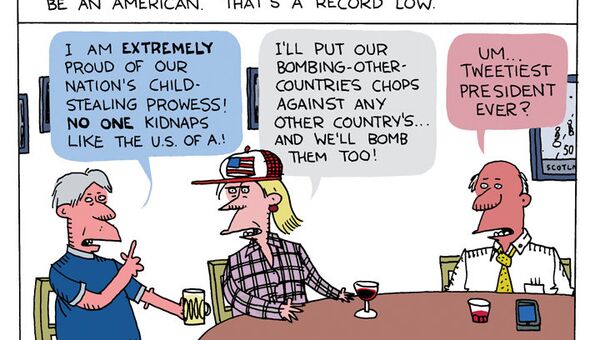 Results from a June Gallup poll surveying self-declared Democrats, Republicans, liberals, moderates, conservatives and independents revealed only 47% are “extremely proud” to be American – a percentage Gallup cites as “a low point in U.S. patriotism.”

Just in time for the US' Independence Day on July 4, Gallup's Monday release suggests Americans may be putting their pride to the side during the national holiday.

In the research company's recent 18-year history of surveying Americans on their pride, 2018 has resulted in the lowest numbers for the "extreme" category, which is a dramatic drop from the peak of 70 percent in 2003.

The numbers also reveal that this idea of American pride is dropping at the fastest rate within the Democratic and liberal communities. Does this mean less sparklers at the annual BBQ or something much worse for the future of the United States?