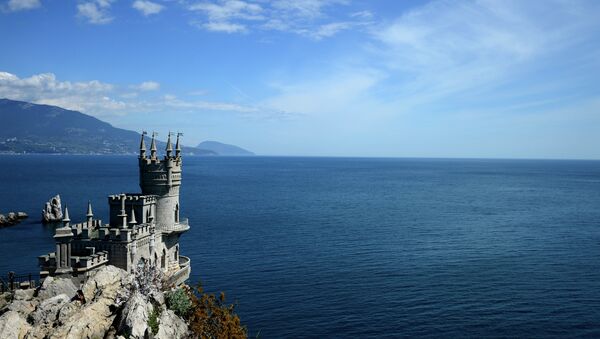 "We don’t recognize Russia’s attempt to annex Crimea, at all," Gidley said when asked about Trump’s message to Russian President Vladimir Putin on Crimea, as quoted by the press pool on Tuesday.

Kremlin spokesman Dmitry Peskov said on Monday the issue would not be on the agenda during the upcoming summit between Trump and Putin in Helsinki, Finland on July 16 because Crimea is an "integral part of Russia."

White House Says US, Russia ‘Agree to Disagree’ on Crimea, For Now
On Friday, President Donald Trump said that the United States would have to see what it would do regarding recognizing Crimea’s reunification with Russia.

Residents of Crimea overwhelmingly voted in 2014 to secede from Ukraine after a coup against the illegitimate government that brought to power Ukrainian nationalists. The Western countries that supported the coup refused to recognize the outcome of the referendum and imposed sanctions on Russia and separately on Crimea.

During the 2016 US election campaign, Donald Trump hinted at a possibility of recognizing Crimea as part of Russia, but has since backtracked.

Donald Trump told reporters he was going to discuss the situation in Ukraine with Russian President Vladimir Putin during the planned summit in Helsinki.