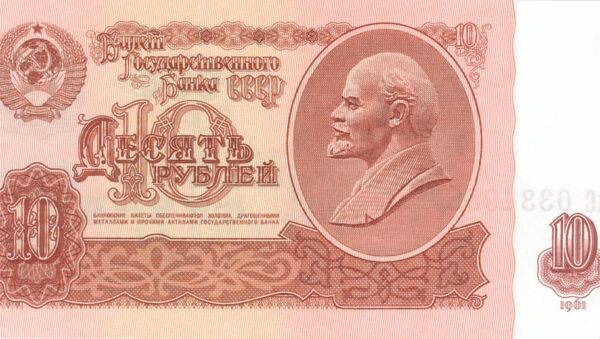 Moscow mulled ending its cooperation with the Court earlier this year due to the fact that many of its decisions were said to run counter to Russia's interests.

In a press release put out by the Court Tuesday, the ECHR reported that it has urged Russia to settle an undisclosed amount of Soviet premium bond debt from 1982 being held by private individuals in Russia which it said Moscow had undertook to pay off but failed to redeem.

"In today's Chamber judgement in the case of Volokitin and Others v. Russia…the European Court of Human Rights held, unanimously, that there had been: a violation of Article 1 of Protocol No.1 (protection of property) to the European Convention on Human Rights in respect of several of the applicants," the statement read.

No, Thanks: Why Russia is Wary of Borrowing Abroad
The court ruled that Russia must pay three applicants various amounts for pecuniary damages, as well as 1,800 euros each for non-pecuniary damages. It also awarded between 30 and 1,500 euros for costs and expenses to six of the fifteen applicants who made claims in the case. For the rest it was ruled that "the finding of a violation was sufficient just satisfaction for…non-pecuniary damage."

In 2017, Russia officially paid the balance of $105 billion in Soviet debt to other states which it assumed following the USSR's collapse. In recent years, Russia has also forgiven close to $100 billion in debt to ex-Soviet Bloc countries, writing off $11 billion owed by Afghanistan, $30 billion by Cuba, $21.5 billion by Iraq, $11.1 billion by Mongolia, $10 billion by North Korea, as well as about $20 billion owed by a series of African countries.

Earlier this year, a group of French bondholders demanded that Moscow compensate them tens of billions of euros for Czarist-era bonds. Paris stepped in to declare that all debts in these claims were paid under a 1997 agreement.