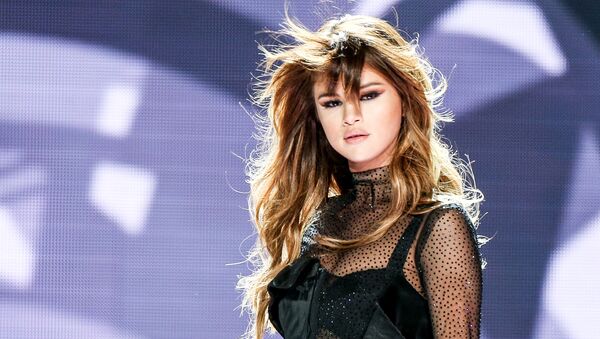 Gomez made the comments June 30 in Los Angeles at the premiere of her new film, "Hotel Transylvania 3: Summer Vacation," in which she stars as Dracula's daughter, Mavis.

"It's extremely disheartening," the Mexican-American actress said in an interview with The Hollywood reporter. "There's a lot of confusion and anger."

"It's definitely been affecting so many people who are close to me," she said.

Over 10 EU Countries Ready to Help Germany in Deporting Migrants – Reports
Because of the premiere, Gomez could not attend a pro-immigration political rally that took place just miles away the same day, Hollywood Life reports. Unable to speak at the rally, she did what everyone does these days: she tweeted.

"Families seeking safety in our country need protection, understanding and opportunity, not detention," she said in a tweet posted a day before the rally.

"This is a moral choice, not a political one," the actress noted.

Families seeking safety in our country need protection, understanding and opportunity, not detention. This is a moral choice, not a political one. #keepfamiliestogether #june30

​Rallies in over 700 US cities were held the same day, with Broadway star Lin-Manuel Miranda spearheading the New York event. Miranda's recent blockbuster musical, "Hamilton," focuses on the early days of the United States of America.

Gomez and Miranda are among a number of other celebrities — which include Alicia Keys, John Legend, Chrissy Tiegen, America Ferrera and Laverne Cox — who voiced their opposition to the immigration policy.