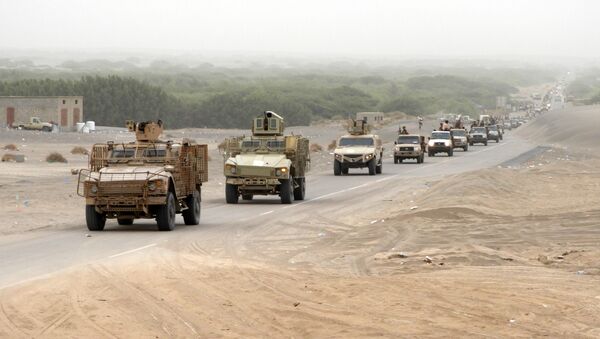 CAIRO (Sputnik) - The Saudi-led coalition on Monday has carried out airstrikes against the headquarters of the Yemeni Houthi Ansar Allah movement in Hodeidah province in the west of the country despite the ceasefire, a source in the province told Sputnik.

"The coalition on Monday struck a building belonging to the Ansar Allah militants in the Zabid area [Hudaydah province]," the source said.

On Sunday, UAE Foreign Minister Anwar Gargash said that the coalition has suspended the offensive on the Yemeni port of Al Hodeidah in order to promote peace talks with the Houthis.

Four Arab Nations Refuse to Host EU Reception Centers for Refugees
Earlier in the week, UN Special Envoy for Yemen Martin Griffiths said that he planned to launch peace talks between the Yemeni government headed by President Abd Rabbuh Mansur and the Houthis in the coming weeks.

A military operation in Al Hodeidah was launched in June, when the Yemeni government forces, supported by the Saudi-led coalition, engaged in an offensive to recapture the port from the Houthis. The offensive was criticized by the international community as it could aggravate the acute humanitarian crisis in Yemen. Al Hodeidah accepts some 80 percent of all aid and commercial deliveries to the crisis-torn country.

Last week, media reported that the Houthis were willing to hand control over the Yemeni port to the United Nations in order to ease tensions. However, the rebel movement told Sputnik on June 26 that the issue of control over Al Hodeidah did not fall under the UN competence as the latter’s primary goal was to observe the situation.