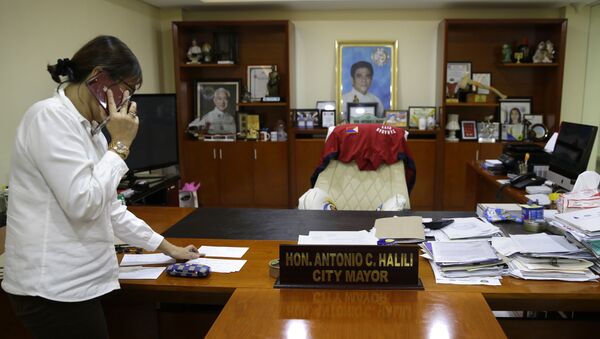 MOSCOW (Sputnik) - Mayor of the Philippine city of Tanauan Antonio Halili, who made headlines two years ago for ordering drug suspects to parade in public, was shot dead by a sniper on Monday, ABS-CBN reported.

According to the media, the incident took place during a flag ceremony at Tanauan City Hall. The gunman, who was supposedly hiding in the bushes nearby, shot the mayor in the chest. The official was declared dead upon arrival to the hospital, the media concluded, citing police.

Halili became famous in May 2016 when he forced drug suspects to take walks of shame, despite protests by human rights groups. Media had also reported that the mayor was on the a watch list over his alleged involvement in the drug trade.