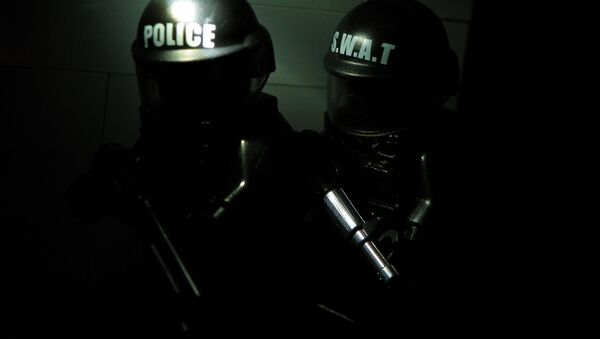 The Federal Bureau of Investigation (FBI) has arrested an Ohio man and charged him with trying to help a foreign terrorist organization carry out an attack pn a parade or fireworks display in Cleveland on July 4, FBI Special Agent in Charge Stephen Anthony said in a press conference on Monday.

"We’re here today to announce the arrest of Demetrius Nathanial Pitts … Pitts has been charged in a federal complaint with attempting to provide material support to a foreign terrorist organization," Anthony said.

US Attorney Justin Herdman said Pitts wanted to target people watching the Fourth of July parade in Cleveland, or those watching the fireworks in the city's downtown area.

Anthony said Pitts is a US citizen who was radicalized here in the United States and is not known to have ever traveled abroad in connection with his radicalization or attack planning. He added that the suspect has an extensive criminal history.

The Washington Post reported that the suspect is a 48-year-old man, who the authorities arrested on Sunday.

Spokesperson Mike Tobin from the US Attorney's Office in Cleveland said the man met with someone he had believed to be a member of the al-Qaeda* terrorist group to further his plot for a July 4 attack, but who was actually a person working for the FBI.