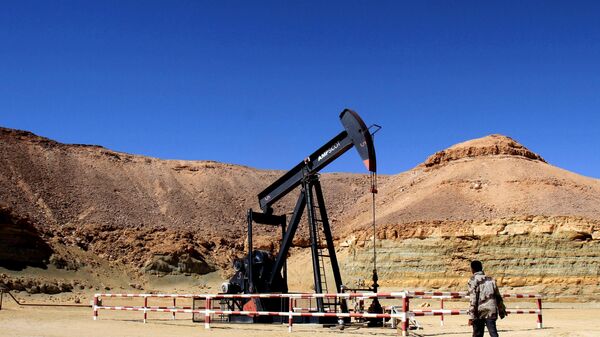 "Despite our warning of the consequences and attempts to reason with the LNA General Command, two legitimate allocations were blocked from loading at Hariga and Zuetina this weekend. The storage tanks are full and production will now go offline," NOC head Mustafa Sanalla was quoted as saying in a company statement.

Libyan National Army Warns Int’l Community Against Foreign Troops Presence
In late June, Haftar's forces started seizing the so-called oil crescent and soon declared full control over the area stretching from Tobruk to Sidr, including the port in Ras Lanuf. The LNA said control would be handed over to the eastern government based in Tobruk instead of the Tripoli-based Government of National Accord (GNA).

In Monday's statement, NOC said production losses amounted to some 850,000 barrels per day, wiping out nearly all of Libya's output. The corporation, which has so far dominated Libya's energy sector and is the main internationally recognized exporter of oil from the North African country, warned of massive supply disruptions and revenue losses due to the LNA campaign.

"The total daily revenue loss associated with the shutdown is estimated at $67.4 million. The financial loss to the public purse since the attack on Es Sidra and Ras Lanuf on 14 June by Ibrahim Jadhran is more than $650 million," the company said, calling on the LNA to end the blockade, and stressing that it was the only Libyan entity entitled to explore, produce and export oil.

The Tobruk government and the UN-recognized GNA have been the two main entities governing Libya since the GNA was established in 2015. Prior to that, the west of the country was under the control of the General National Congress. The duality emerged in the aftermath of the overthrow of long-time leader Muammar Gaddafi in 2011 in the course of the Libyan Civil War.