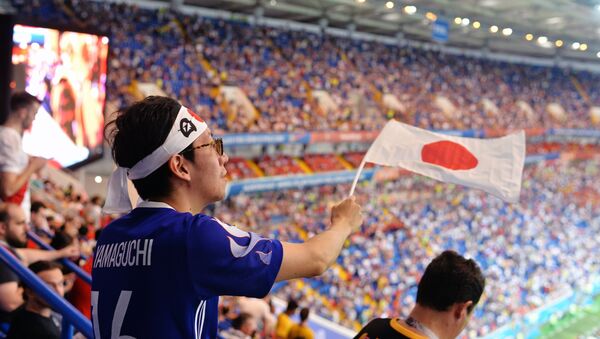 The Belgian national team stole victory Monday from Japan’s hands by scoring a surprise goal in the final seconds of their World Cup match.

At a certain point during the match in Rostov-on-Don, Japan appeared to have secured their unlikely victory against their European opponents, scoring two goals in a row for an early lead. It was not until the second half of the second half that Belgium managed to equalize the score with two subsequent goals of their own. But just when everybody started to expect a draw, Brussels scored a decisive goal — mere seconds before the end of the added time.

Unsurprisingly, Twitter couldn't help but to resort to using anime screenshots and pictures to express their emotions, with their first choice being, of course, Captain Tsubasa.

​The decisive goal was scored through a fast break by Brussels that Tokyo couldn't contain. Nacer Chadli was the player who secured the Belgian victory.

​Many Twitterers were caught by surprise by Japan's ability not only to hold its own, but to dominate Belgium, a team that has taken fourth place in the World Cup.

Japan definitely had some of this at half time #BELJAP pic.twitter.com/Qz3NtMlrFm

Did anyone even predict ONE Japan goal, let alone 2 without reply?! Absolute disaster for Martinez and co if they can’t come back from this…. #BELJAP #worldcup #howmanymoresurprises

​Many Twitter users noted one of the most notable characteristics of this match was its overwhelming intensity.

I think I need a cigarette #BELJAP

Why u gotta make that match so stressful smh 🖤💛❤️🇧🇪#BELJAP

THIS WAS THE MOST INTENSE SHIT I’VE EVER LIVED. quarters here we come!!! 🇧🇪 #BELJAP

Me after watching that Japan vs Belgium game.One of the best games of this tournament so far 👏👌🔥🔥🔥🔥🔥🔥🔥 #WorldCup #BELJPN #JPN #beljap pic.twitter.com/aT3BCmT7MF