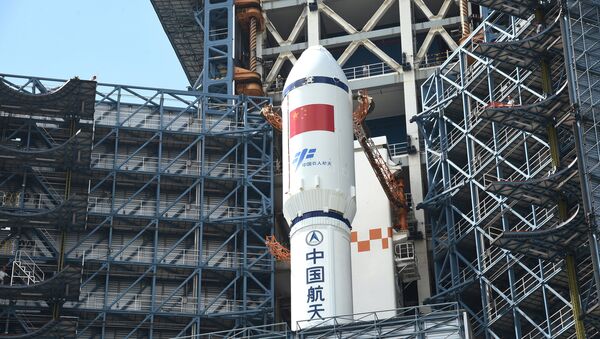 China is fast becoming a major space power as both its technology and launching frequency of satellites are improving at a rapid rate.

China became the world’s fifth country to send a satellite into space in 1970. So far, a total of 400 satellites have been launched and over 200 are currently in service.

A large family of satellites has been formed in China, covering the fields of communication, meteorology, navigation and space science.

For instance, the BeiDou Navigation Satellite System (BDS) now offers high-accuracy positioning services in the Asia-Pacific region, and 18 Beidou satellites will be launched this year.

Experts Explain How China Is Opening International Space Cooperation
The Fengyun series, China’s meteorological satellites, currently offer data and services to more than 80 countries and regions, as well as 2,500 domestic clients. In addition, it is also providing free services for Belt and Road countries and members of the Asia-Pacific Space Cooperation Organization.

Since 2010, the country has continuously increased its number and frequency of satellite launchings. Around 20 satellites are now being launched by China each year.

The Dongfanghong-4 satellite was an important turning point in China’s history of satellite development. While China was constructing this large communication satellite in 1999, a number of workers proposed to buy foreign technologies. However, high-end technologies were not for sale, said Zhou Zhicheng, chief engineer of China Academy of Space Technology, and also the chief designer of the Dongfanghong-4 program.

It was the hard work and independent innovation of the Chinese scientists that gained technology independence for China, and the satellite was later exported.

Beijing Welcomes Use of Chinese Space Station By All UN Nations
Thanks to the satellite, China has successfully entered the international market of commercial communication satellites, and nine of China’s 23 exported satellites were later developed based on the Dongfanghong-4 platform.

In the last five years, China has realized comprehensive independent development of civil and military communication satellites, and is leading in success rate of launching worldwide.

“China has always adhered to independent development, with a favorable innovation environment of trial, error and failure tolerance,” Zhou said, adding that this is what makes China strong in its space development.

China is one of the few countries in the world that has grasped high-end space technologies and built space systems. For instance, the China Academy of Space Technology holds nearly 5,000 patents, and is a global leader in satellite/spaceship recycling, thermal control, attitude and orbit control as well as electric propulsion.

Science & Tech
China to Use Soviet Engine to Power Its First Reusable Space Rocket
The country has initially established a complete satellite communication system which can reach 80 percent of the world. The system guarantees communication for Belt and Road countries.

In addition to international cooperation on satellite launching, China has now signed 80 export agreements with 26 countries and regions.

Zhou added that China attaches great importance to international exchange and cooperation of space technologies, and training has been conducted in export destinations on a regular basis.