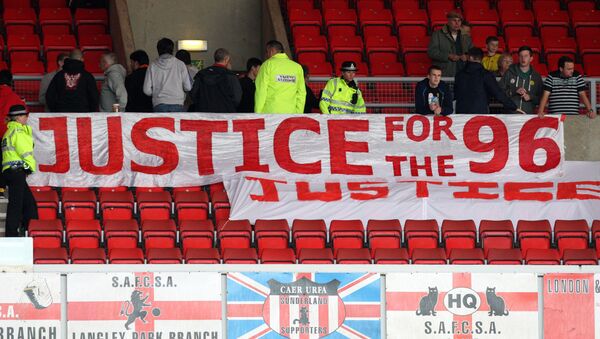 On Friday, June 29, after a hearing which lasted several weeks, Judge Sir Peter Openshaw lifted a stay on prosecution, meaning that Duckenfield and five other men will go on trial at Preston Crown Court in September.

In June last year, the Crown Prosecution Service said it was charging six people, including several police officers, with manslaughter by gross negligence over decisions they made on the day of the match, an FA Cup semi-final between Liverpool and Nottingham Forest, played at Hillsborough stadium in Sheffield.

But before the trial could go ahead the CPS first had to ask a high court judge to remove a "stay" of prosecution which was put in place in Duckenfield's case in 2000.

​Duckenfield was the officer who gave the order for Gate C to be opened, causing thousands of fans to pack the terrace behind one of the goals, leading to a fatal crush.

Duckenfield, who was the match commander on the day of the match, will be charged with manslaughter by gross negligence in connection with 95 deaths.

He could not be charged in relation to the death of Tony Bland, who died four years later after his life support machine was switched off. In 1989 English law forbid anyone being charged in connection with a death if the person died more than a year and a day after the original incident which caused their injuries. The law has since been changed.

Breaking: The prosecution of Hillsborough match commander David Duckenfield can go ahead. He will face trial for 95 counts of gross negligence manslaughter in September

​In April 2016, an inquest jury recorded a verdict of unlawful killing on the 96 fans, who were crushed to death when police officers ordered gates at the Leppings Lane end of Sheffield Wednesday's stadium to be opened moments before the start of the match.

Norman Bettison, a former officer with South Yorkshire Police and subsequently Chief Constable of Merseyside and West Yorkshire Police, is the most senior officer to be charged. He faces trial on four counts of misconduct in public office, relating to lies he allegedly told after the tragedy, although his lawyers are still arguing for the stay on his prosecution to remain.

Former Chief Superintendent Donald Denton and Former Detective Chief Inspector Alan Foster of South Yorkshire Police have been charged with attempting to pervert the course of justice. They are accused of ordering officers to alter their accounts of the events of April 15, 1989.

Also charged with offenses was Graham Mackrell, Sheffield Wednesday's safety officer, who is accused of having "failed to take reasonable care as the safety officer in respect of the drawing up and keeping up to date of records and plans of the ground."

​He is also accused of failing "to take reasonable care as the safety officer in respect of arrangements for admission to the Hillsborough Stadium and particularly in respect of turnstiles being of such numbers as to admit at a rate whereby no unduly large crowds would be waiting for admission."

Hillsborough: The court hearing of Sir Norman Bettison's application to "stay" the charges against him has been adjourned, will be heard on August 21.

​The sixth person charged was Peter Metcalf, South Yorkshire Police's solicitor during the Taylor Inquiry and the first inquest.

He is accused of attempting to pervert the course of justice in that he allegedly altered statements and added false statements to West Midlands Police, who were investigating how the police in Sheffield had dealt with the events on the day.

The match took place in the 1980s when football hooliganism was rife and some newspapers — most notably The Sun — printed false reports which claimed the disaster was caused by ticketless and drunk fans turning up late and trying to get into the ground.

The Sun even claimed fans had urinated on dead bodies and picked the pockets of some of the victims, lies which have meant the newspaper is still to this day widely boycotted on Merseyside.

One of those who reportedly spread these rumors was Irvine Patnick, the Conservative MP for Sheffield Hallam, who was later knighted. He died in 2012 and there have since been calls for him to be posthumously stripped of his knighthood.