‘Taxpayers Pay For Govt, So We Need Them To Do What We Want’ – Internet Activist 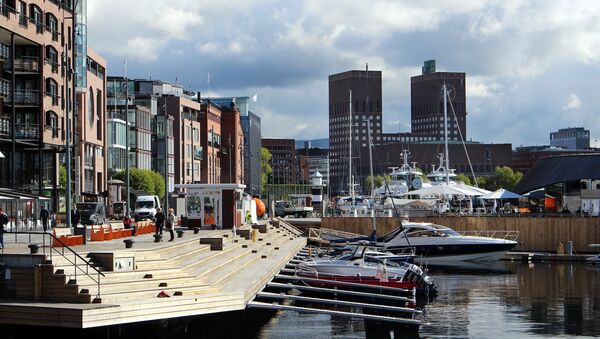 A Norwegian website, Lovdata, has sued two activists for publishing Norwegian court decisions for free. The website, which offers access to the documents for an annual fee, has accused volunteers of siphoning the data from its servers – a claim they deny. In a surprise decision, a court in Oslo has ordered the activists’ website to be closed.

Sputnik: Recently you wrote a blog entry saying that you're being sued by Lovdata, a Norwegian semi-commercial governmental foundation and the lawsuit is about free access to a database of court rulings. What happened and why are you being sued by them?

Håkon Wium Lie: I'm kind of an Internet activist; I want information to be available on the web and early on in the 1990s, we had a project to put the laws of Norway on the web and that worked out well and the foundation that publishes these laws now makes them available to everyone for free in Norway, but they still charge money for the court decisions.

For example, when the supreme court makes a decision, they write it up as a document and that's actually exempted from copyright under Norwegian law; so we, therefore, published many of these court decisions, but the company, or the semi-commercial foundation that sells access to this, they didn't like this, so they sued us and we now have to pay their legal fees and the court has ordered us to pull these court decisions from the Web server — something we think is unfair.

Sputnik: You also mentioned in your blog that the court didn't give you a chance to defend yourself, they just banned your website, took it off the web. How's that possible in the Kingdom of Norway?

'We're Being Sued, Ordered to Pay Copyright Troll’s Legal Bills' - Web Activist
Håkon Wium Lie: It's a good question, I would've thought — I'm not a lawyer — but in my mind, everyone has a right to defend themselves in court; the court should listen to both parties. What happened in this case that the court made a decision only listening to one party. We have a chance to appeal that, but while the first decision was made in 24 hours and therefore closed our website very quickly, the appeal will take months to get through, so it will be time before we are allowed to make our case and meanwhile we're liable for the legal costs of our opponent. So we don't quite understand this. Fortunately, we have a lot of support for this both in Norway and also internationally.

Sputnik: The Internet is changing right now, you're one of the pioneers and you probably see was going on, what's happening in many countries and in your own country. In your opinion, what kind of information, besides legal decisions, besides laws should be available for free?

Håkon Wium Lie: The Internet has certainly changed the way we live and that's true almost worldwide. Everyone now expects to have access to the web, to the Internet. To be able to communicate you need to have good communication channels with your friends, with your family and we expect the government to put out information. Laws and court decisions are a start, but we also want to interact with the government in a more efficient manner.

For example, in Norway I can pay my taxes online, which makes it easier for me, they even calculate how much I owe them and generally, they're fair, the numbers are right. There are some privacy concerns too, though, we shouldn't let the government know too much, not everything about us, there's a balance there but in general, I'm for having more information available rather than having less information available.

Sputnik: Do you feel that in regards to privacy, we're losing that privacy on the Internet increasingly? What's the trend?

UK Fentanyl Gang Sold Deadly Drugs on Darkweb to Customers All Over the World
Håkon Wium Lie: I don't think we're losing it actually, I think governments have been pressured into making these concerns that we have become laws, so there are legal initiatives, there's the GDPR (General Data Protection Regulation) in Europe, it's a very complex law, it's hard to understand, but it has led to people thinking about the issue, so that is very good.

And after all, it's the taxpayers that pay for the government, so we need to make the governments do what we want them to do and in the case of laws, they've been paid for by all of us. So I think they should be available; it's a good test on how well the Internet works to check whether laws are available in your jurisdiction.

Sputnik: You mentioned that in your case, in the lawsuit filed by Lovdata, you're working on an appeal. What's the time frame? Is it going to take a really long time? And what are the measures that you can take, what are the other appeal courts that can help you?

Håkon Wium Lie: We're working on that with our lawyer, we have a good lawyer who is supporting us and it's kind of baffling, but we're liable for their legal costs, the opponents legal cost before we're able to bring forward our appeal, which we think is weird, we didn't think of justice this way.

We're not quite sure when we will be able to have our appeal, the courts go on summer holidays in Norway and it's unlikely that we will do anything before the holiday, it will probably be after the holidays at the end of August, that's what we've heard informally. The sad thing is that our site is down while this happens, the court said that we had to remove it and that we don't think is fair.

Sputnik: Getting into details of the lawsuit, Lovdata says that you used their online servers and you say that you used a CD ROM that you borrowed from a library in Norway. What really happened? Why do they think that you accessed their web servers at all?

Håkon Wium Lie: That's a good question. They make these court decisions available online and if you have an account with them and you have signed their terms and conditions, you can search and find court decisions there.

So their hypothesis is that we have actually siphoned through a robot to copy slowly more and more court decisions; they basically say that we've been stealing from their online database. That's not the case, we didn't do it that way. We simply went to the national library here in Oslo, where they have CDs with issued court decisions.

Viral
Norwegians React Strongly to Street Art Featuring Naked, Crucified Ex-Minister
These are old CD's, they were CD ROMs from the early 2000‘s and we don't think they're protected in any way under copyright, so we used those as a basis. There were factual errors in the information that Lovdata, it sounds like "love data" but it's not "love," it has nothing to do with "love," it's about a law, but it sounds very similar to "love" in Norwegian.

But there are actually factual errors in what they sent the court to stop our website. And that infuriates us, because we have done nothing wrong we think, and we think we should be able to continue publishing court decisions.