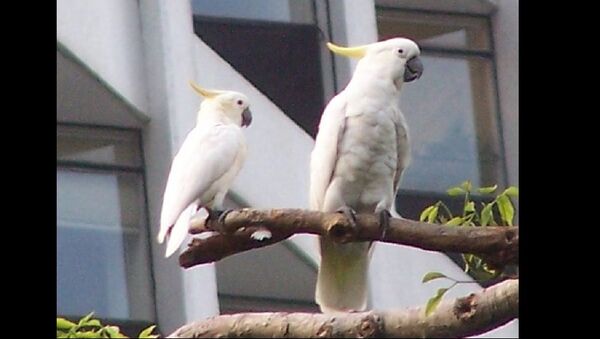 A recently uncovered drawing of a cockatoo found in a German king’s manuscript is rewriting history, pushing the earliest known date for significant trade between Europe and Southeast Asia back by hundreds of years.

Sometime between 1241 and 1248 AD, Frederick II, Holy Roman Emperor, drew a picture of an exotic bird he'd received as a gift in a book called "The Art of Hunting with Birds." Historians 700 years later are puzzled, because they're sure the bird is either a female Triton or one of three subspecies of Yellow-crested Cockatoo. All are native to the islands between the north coast of Australia and the southeastern tip of Asia — a very long way from Frederick's empire in central Europe, Channel News Asia reported.

Dr Heather Dalton, a historian at the University of Melbourne, has written about exotic birds in European art before. She published research about a cockatoo that appeared in an Andrea Mantegna painting in 1496. Finnish biologists who knew of the cockatoo in Frederick II's manuscript contacted Dalton after seeing media coverage of her work, the Guardian reported.

"I was just thrilled to bits of course," said Dalton, who collaborated with the Finnish researchers for an article published in Parergon Journal. "I just couldn't believe that nobody had really talked about them, this is a high-profile document."

"I think the parrot adds a window into the world of medieval trade, and the fact that small craft were plying the waters to Australia's north around New Guinea and Indonesia," Dalton told Reuters in a telephone interview. "Material evidence like this is very hard to come by."

​In the book, Frederick says the cockatoo was a gift from the "Sultan of Babylon," who researchers have concluded refers to Al-Kamil, the fourth Ayyubid Sultan of Egypt who ruled from 1218 to 1238. Kamil, known in European history as Meledin, defeated the Fifth Crusade in 1221. Frederick II launched the Sixth Crusade in 1228, during which Kamil and Frederick negotiated the return of Jerusalem to the crusaders. That may have been when the cockatoo in question changed hands.

If not bred in captivity, the bird may have begun its journey westward from Singhasari, a Javanese Hindu-Buddhist kingdom that lasted from 1222 to 1292 and stretched across the Java and Banda seas, covering much of the area of modern Indonesia.