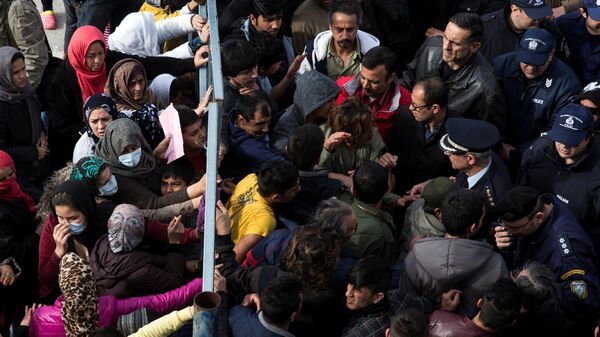 Following a mini summit in Brussels Europe remains divided over the ongoing migration crisis. Can German Chancellor Angela Merkel find a solution to placate her critics? Sputnik spoke with Journalist, Michael Nevradakis to find out more on the topic.

Sputnik: Do you think that Merkel will be able to come up with a solution to the migration crisis this Thursday?

Michael Nevradakis: It will be very difficult; what we’re seeing is a trend in increasing opposition to the continued policy of free migration into Europe that’s been promoted by Merkel. There are a lot of differences between various countries in the bloc on the issue and it will be hard to overcome.

Sputnik: How much impact has the migrant crisis had on Greece and do you feel that the burden on Southern Europe is unfair?

Michael Nevradakis: There’s been a huge impact that’s impossible to deny. Southern Europe has born the greatest brunt of all. The Greek islands have been on the frontlines of receiving migrants throughout the past decade in the aftermath of wars in Iraq and Afghanistan.

It’s also affected the economy, which has been struggling and is continuing to struggle despite the government proclaiming that it’s now over. Unemployment is very high and the Greek state is having a tough enough time sustaining its own population, let alone sustaining a large number of migrants as well.

Sputnik: What would be the most likely solution to the migrant crisis?

Michael Nevradakis: Many of Europe’s politicians are taking advantage of various crises in the Middle East to promote a policy of mass migration into Europe for whatever reasons they have in their minds. This current situation has to come to an end somehow and the west should stop meddling so much in the affairs of Middle East countries. Libya is an example of how intervention can go horribly wrong.

Another possibility is to take a stronger line against illegal migration. Those who are truly fleeing a terrible situation should be given refuge, but a lot of people coming into Europe are economic migrants at a time when the European economy is not in a state to absorb them.