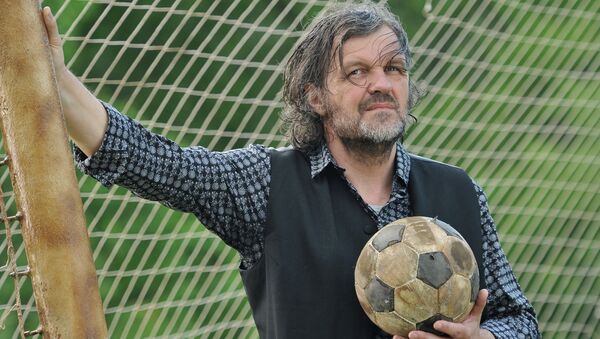 © Sputnik / Ramil Sitdikov
Subscribe
On June 27, Serbia and Brazil will face each other at the Spartak Stadium in Moscow, in a bid to advance to the Round of Sixteen of the 2018 FIFA World Cup.

Serbian footballers will be able to prevail in their upcoming World Cup encounter with their Brazilian rivals if they refrain from the tactics they used in their previous match with Switzerland, prominent Serbian filmmaker Emir Kusturica told Sputnik Serbia.

"I think that Serbia can defeat Brazil if it blocks Marcelo who I think is the toughest player in the Brazilian team. If Marcelo is blocked, Serbia will be able to play the way it did during the first match [with Costa Rica], when our footballers launched attacks through the center of the field," Kusturica said.

He recalled that during Serbia's second match with Switzerland, it adhered to tactics involving long passes, which were returned by the Serbian forwards to the field's center.

"In that game they did not show their main talent. If Sergej [Milinkovic-Savic], Dusan Tadic and a [Serbian] footballer at the back line do their best, and if we do not use long passes, we may get the better of Brazil," Kusturica concluded.

READ MORE: 'We Thought We Were Going to Country at War' – Fans on World Cup in Russia

Earlier, Serbia managed to defeat Costa Rica 1-0, but then yielded to Switzerland 1-2. The 2018 FIFA World Cup kicked off on June 14 and will continue until July 15, with matches being played in 11 cities across Russia.