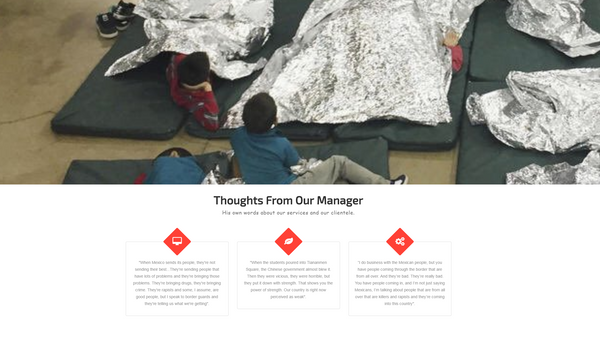 The internet has found a new way to ridicule US President Donald Trump: fake websites that advertise some of his policies to which they object, including disparaging disabled people and Mexican-Americans and splitting up immigrant families at the border.

The Donald's organization — erring on the side of caution — has already bought several domain names that might insult the Trump brand, including DonaldTrumpSucks.com, ImBeingSuedByTheDonald.com, IvankaPokerChampion.com and PlayWithDonald.com.

However, it appears as though the Trump organization forgot one website domain: Trumphotels.org, a new parody website for Trump's hotels featuring images of detention centers and migrant adults and children.

The website domain, which was anonymously registered June 20, features graphics of asylum seekers in cages as well as a "Thoughts From Our Manager" section made up of quotes by Trump disparaging immigrants from America's southern neighbor. 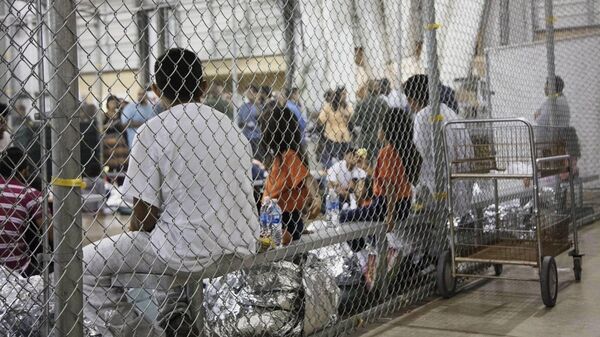 "I do business with the Mexican people, but you have people coming through the border that are from all over. And they're bad. They're really bad. You have people coming in, and I'm not just saying Mexicans, I'm talking about people that are from all over that are killers and rapists and they're coming into this country," another blurb says, derived from a June 2015 interview Trump did with CNN. 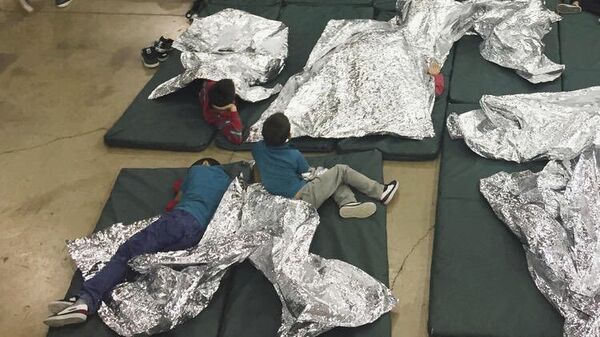 Under the "Features and Services" section of the website, three features are listed: "Handicap Accessibility," "Se Habla Espanol" and "Child Accommodations." Each feature links to other media stories about Trump's position on the topics of disabilities, immigration and child care.

At the bottom of the web page is the disclaimer, noting that the site was created just for "entertainment, satirical and political commentary purposes" and has "no relationship to any commercial establishment or resort."

During the past month, the White House has been harshly criticized for its "zero-tolerance" immigration policy toward illegal migrants, which led to the separation of thousands of children from their families at the border.

The policy was adopted by the Trump administration in May and includes taking children away from parents detained by immigration authorities. According to the US Department of Homeland Security, up to 2,000 immigrant children were separated from their parents between April 19 and May 31, Sputnik reported. Pictures of the immigrant detainment facilities have drawn comparisons to concentration camps and internment camps, with some reference tools like Wikipedia listing them alongside Auschwitz and Treblinka.

Last Wednesday, Trump signed an executive order that he claimed will end the practice of separating families at the border who are trying to enter the country illegally — although it simply amounts to jailing immigrant families together now. 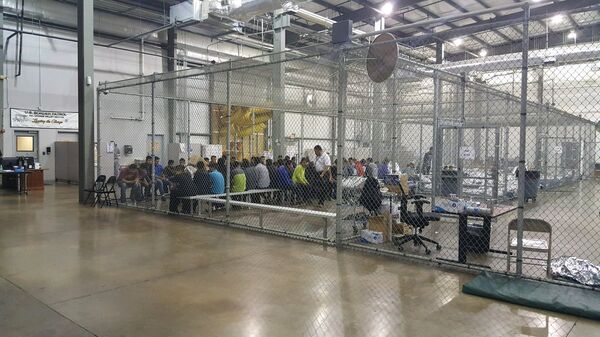 The order still permits the US government to detain families trying to enter the country indefinitely, the New York Times reported last week.