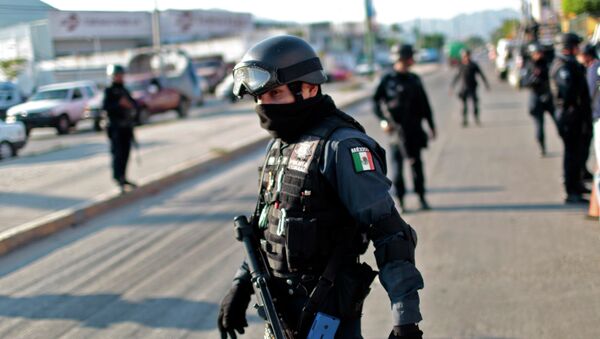 The incident has sparked outrage throughout Mexico, though it remains unclear what role the police officers played exactly.

The entire police force of the town of Ocampo, situated in Mexico’s Guanajuato State, were arrested over the weekend by agents from the internal affairs (IA) department in connection to the murder of a mayoral candidate, The Independent reported on Monday.

All 28 officers of Ocampo’s police force remain in detention, as the investigation into the death of Fernando Angeles Juarez continues, local media reported.

Authorities have not confirmed that their detention is indeed in connection to the mayoral candidate’s death – they’ve only said that the arrests were made as they look into “potential violations of the police code of conduct.”

On July 1, democratic proceedings to elect Mexico’s president for the next term, in addition to numerous other positions throughout the country at various levels of government, will take place.

Mr. Juarez was the local candidate for the leftwing Democratic Revolution Party, and in the aftermath of his death, the party warned that he had been assassinated and urged the Mexican government to ensure the protection of candidates in the upcoming elections.

Shooting After Failed Robbery Bid Leaves 3 Injured in Southwestern Mexico
He reportedly had little prior experience in politics, and was shot dead in Ocampo on June 21.

The victim’s public security secretary has also been linked to his death, and after local police prevented federal agents from arresting him over the weekend, they returned with reinforcements and arrested the town’s entire police force, and launched an investigation.

Gangs have murdered dozens of activists and politicians in the run-up to the elections, making it the bloodiest in Mexico’s modern history.