Catch Me If You Can: Leopard Cub Gets Slapped by Lizard 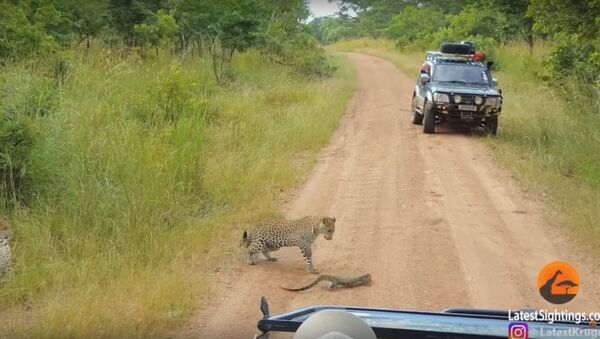 Some species of lizards have the ability to lose their tails in order to escape from predators; however, the lizard in the following video chose fight over flight and his tail was his weapon of choice.

Costa Frangeskides was spending his vacation at Kaingu Safari Lodge in Zambia when he saw a bizarre scene: a young leopard was trying to hunt a monitor lizard when suddenly the latter fended off the attack.

"The lizard knew that it was in trouble and immediately began thrashing its tail around from side to side in order to protect itself. The tail is a pretty powerful tool however, once the lizard had its back to the leopard he was able to grab him by the back of the neck and make off into the bushes with his treat," the tourist said as quoted by Latestsightings.com.

In the wildlife, a monitor lizard can whip its tail at predators, assaulting them, so hard that it can even break bones.