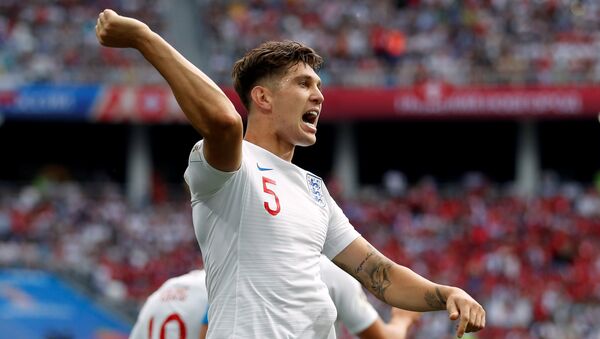 A British fan ended up in a peculiar predicament after she offered to get a tattoo of a British football player prior to a UK-Panama match at FIFA World Cup.

Prior to the beginning of a World Cup match between England and Panama, a Manchester City fan known as Jess had tweeted that she would get a tattoo of John Stones if he scores during the game.

And score he did. Twice.

Any hope possibly entertained by the hapless fan about her tweet being overlooked was then quickly dashed by another Manchester City player, Kyle Walker, who helped her statement go viral and even offered to pay for the tattooing process.

Quick mock up for you. Get it done. Lol pic.twitter.com/ikidXqrsBa

Has to be this pic.twitter.com/KLTiYYKWS3

​Stones himself also commented on this situation via the Three Lions’ official account, calling Jess “unlucky” and thanking the fan for her support.

​However, it seems that Jess wasn’t inclined to fulfil her promise and, after claiming that it was all a joke, either deactivated her Twitter account or set it to private, with her original tweet currently unavailable.

Doesn’t look like there’s going to be a John Stones tattoo after all.

A strong lesson in the power of social media, probably time to leave her in peace now. pic.twitter.com/kKxvP2uiEk