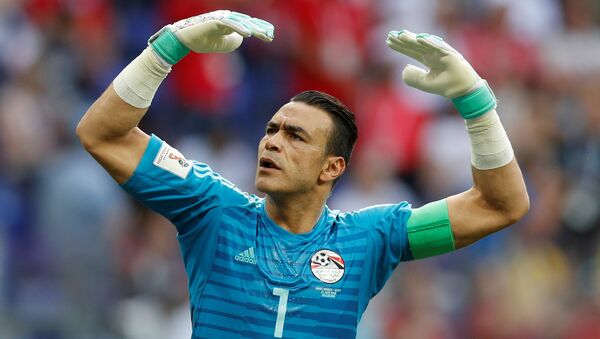 MOSCOW (Sputnik) - Egypt goalkeeper Essam El-Hadary became the oldest footballer in history to ever play in a FIFA World Cup game on Monday.

The goalkeeper, who is 45 years and 161 days old, wore the captain's armband in his team's final match at the 2018 FIFA World Cup against Saudi Arabia.

There’s More to World Cup Than Football: Get a Load of These Baubles!
El-Hadary, who won his 159th cap for Egypt, had never played in the World Cup finals before.

The previous record was set by Colombian goalkeeper Faryd Mondragon, who was 43 and three days old, when he appeared on the pitch in the 85th minute, replacing first-choice goalkeeper David Ospina, in his country's 4-1 defeat of Japan at the 2014 FIFA World Cup in Brazil.

Both Egypt and Saudi Arabia have been eliminated from the World Cup.