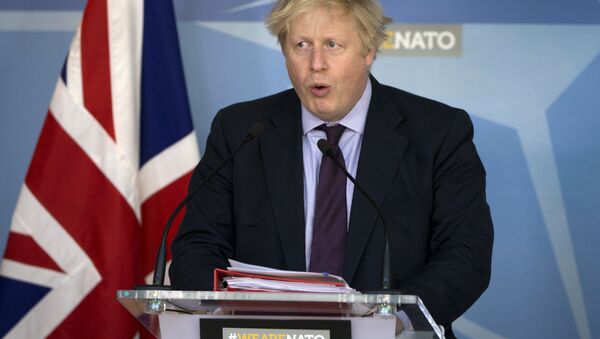 UK Foreign Minister Boris Johnson once pledged to lie in front of bulldozers to stop construction, but he will be abroad for the vote.

British Foreign Minister has come under criticism as UK lawmakers are expected on June 25 to vote with the government to expand Heathrow airport in London, after decades of debate.

Boris Johnson speaking after his election: "I will lie down with you in front of those bulldozers and stop the construction of that third runway." pic.twitter.com/6Pzvjfwehf

If Boris Johnson has a backbone, or a shred of credibility left, he will join Greg Hands in resigning. #Heathrow https://t.co/zcOUInt2fE

Conservative MP Greg Hands has tweeted he would be back in London "in time for… vote against #Heathrow expansion."

Great to arrive back in the UK at Luton Airport in time for the match today and to vote against #Heathrow expansion tomorrow. I wouldn't want to be abroad for either of those. #commitments.

Tory backbencher Sarah Wollaston called on Mr Johnson to take the "principled decision" and resign in order to vote against expanding Heathrow. She also took to Twitter to criticize the Foreign Minister.

Would be a nice touch if Boris could arrive for the vote by bulldozer https://t.co/UUMcz1uq9O

Downing Street has so far declined to say where Johnson will be on security grounds.

If May had any authority, given everything that Boris Johnson has done so far she would sack him for this disappearing act. This is absolute parody leadership.

Only Boris Johnson could fly around the world to protest against airport expansion.

Boris Johnson:
"I’ll lie down in front of the bulldozers to stop Heathrow expansion”
*flies out of the country*
“I didn’t say where the bulldozers would be"

Boris once promised to “ lie In front of Heathrow bulldozers” when he meant “lie about” them. Is he abroad visiting same refugee camp as Jez (“where is he?) Corbyn, do you wonder? https://t.co/cm7yatcsdR

Prime Minister Theresa May's government agreed to the £14 billion (€15.9 billion, $18.5 billion) plan of adding a third runway at Heathrow, arguing it would provide a major boost to the economy.

Among arguments against the expansion are concerns by many MPs regarding the impact of noise and pollution on a densely populated area.