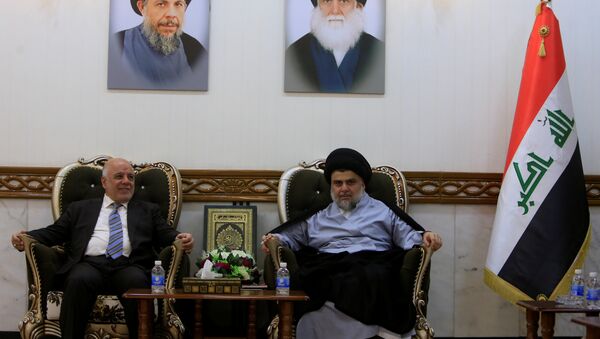 When speaking at the a news conference in the Shiite holy city of Najaf where Muqtada Sadr lives, Iraqi Prime Minister Haider al-Abadi has announced a political alliance with the prominent Shiite cleric.

On Thursday, Abadi called on the winning political blocs to hold a meeting to form a new government, which, according to the prime minister, may happen after the celebration of the end of the Muslim holy month Ramadan.

Sadr is known as an anti-American cleric who led the Iraqi Shiite militia known as the Mahdi Army in their fight against US troops following the 2003 invasion, according to media reports.

Elections to the Iraqi parliament were held on May 12 for the first time after the country was liberated from Daesh terrorists.