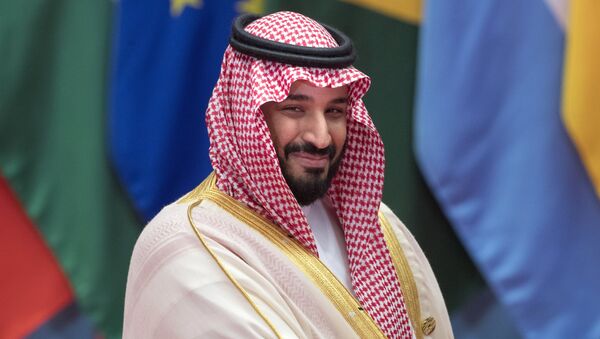 Crown Prince Mohammad bin Salman, the 32-year old politician, defense minister and reformer, is seemingly determined to usher in a new era in the history of the Saudi kingdom, kicking off ambitious social and economic reforms and making efforts to solidify the monarchy's positions on the global stage.

A year has passed since Mohammad bin Salman al-Saud became a crown prince and the heir to the Saudi throne.

Mohammed bin Salman hit the headlines as a bold reformer after he announced Saudi Arabia's Vision 2030 envisaging the diversification of the country's economy in April 2016. According to the crown prince's vision Saudi Arabia should emerge as "a global investment powerhouse" and a "hub connecting three continents, Asia, Europe and Africa."

Teaming Up With Moscow to Stabilize Oil Market

However, above all, the ambitious prince, known colloquially as MBS, is seeking to decrease the kingdom's dependence on oil which played a low-down trick on the country's economy during the protracted slump in oil prices between 2014 and 2016.

Saudi Minister: OPEC Leaves Politics Out of Discussion
As one of the measures to tackle the problem, Crown Prince Mohammad promoted the initial public offering (IPO) of Saudi Aramco, the country's major national petroleum and natural gas company based in Dhahran.

Yet another step aimed at stabilizing the country's economy was Riyadh's decision to join Russia and other oil producers in a coordinated move to reduce crude output by a total of 1.8 million barrels per day in order to stabilize the petroleum market. The measure has largely proven efficient with oil prices reaching three-year highs in April 2018.

Speaking at a meeting with Russian President Putin on June 14, 2018 the Saudi crown prince endorsed the fruitful collaboration between Moscow and Riyadh in the economic, industrial and oil sectors which helped stabilize the global energy market. Mohammed bin Salman stressed that he wants to "continue this cooperation and move ahead." 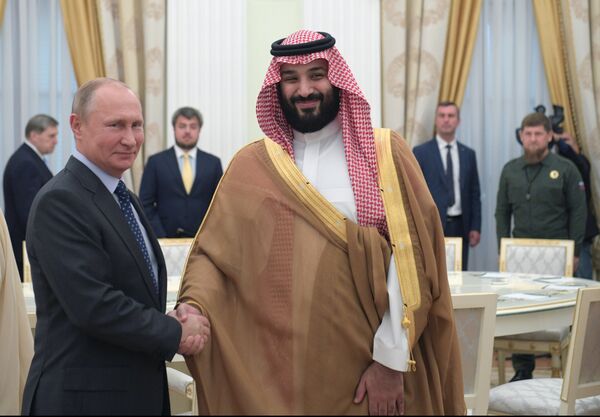 The crown prince's reforms have not been limited to the economy: He went even further by allowing women to attend sporting events, drive cars and join the country's military. The recruitment of Saudi female warriors is part of MBS' Vision 2030. It was reported in February 2018 that 107,000 women submitted their applications to join the ranks of the Saudi Armed Forces.

"In Saudi Arabia we call him 'the prince of youths'," Riyadh-based journalist Mohammed Bakhiti told Sputnik. "On him we pin our hopes. We believe that in just a year the crown prince has managed to do what usually is done over many years. He has made unprecedented progress both at home and abroad."

According to a 2018 Arab Youth Survey by Dubai's ASDA'A Burson-Marsteller, over 90 percent of Saudi youths support Crown Prince Mohammad, saying he will move the country in the right direction.

Mohammed bin Salman pledged to return Saudi Arabia to "moderate Islam open to the world and all religions." Speaking to The Guardian in October 2017, the crown prince stressed it has not been "normal" to maintain an ultra-conservative state for the past 30 years.

"Seventy percent of Saudis are younger than 30, honestly we won't waste 30 years of our life combating extremist thoughts, we will destroy them now and immediately," he told the media outlet.

Saudi Arabia Presses Ahead with Canal to Make Qatar an Island – Reports
Earlier, Saudi Arabia cracked down on Qatar demanding that Doha stop supporting "extremists groups," referring to Hamas and the Muslim Brotherhood. In June 2017 a Riyadh-led coalition of Arab states imposed a blockade against Qatar.

The crown prince is also known for launching a large-scale anti-corruption campaign in Saudi Arabia and arresting a number of prominent royal family members, including Prince Alwaleed bin Talal, as well as government ministers and businessmen. Riyadh reported that it had managed to recoup over $100 billion due to the campaign, which was seen by some observers as part of an internal power struggle. 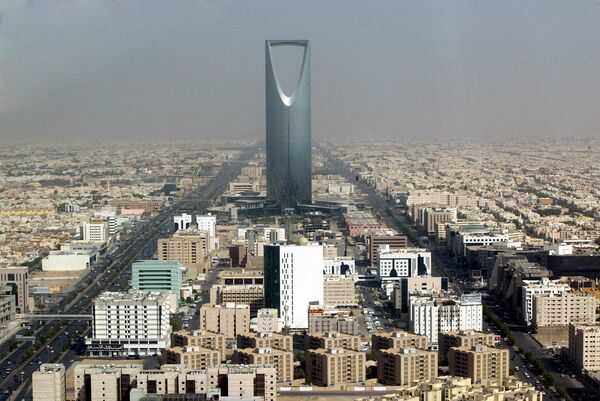 Cracking Down on Iran, Soothing Tone Toward Israel

Crown Prince Mohammad, who also serves as the country's defense minister, adopted a tough anti-Iranian stance while the same time soothing Riyadh's tone towards Israel. The Saudi prince hailed Donald Trump's withdrawal from the Joint Comprehensive Plan of Action (JCPOA), commonly known as the Iran nuclear deal, on May 8 and called upon Washington to maintain its military presence in Syria.

He also kicked off the Saudi-led military campaign against Houthis in Yemen in 2015. Riyadh argues that Iran has long been providing support to Houthi rebels in the country.

Meanwhile, Mohammad bin Salman's de facto recognition of the Jewish people's right to have their own state caught many by surprise: "I believe the Palestinians and the Israelis have the right to have their own land," the crown prince told The Atlantic in April 2018. However, he did not endorse the transfer of the US Embassy to Jerusalem on May 14, 2018. Riyadh and Tel Aviv still do not maintain any official diplomatic relations.

"Now we are witnessing a new period of [Saudi Arabia's] history — the period of Mohammad bin Salman," Abdel Bari Atwan, editor in chief of Arab paper Ar Ray al Yaum, opined in an interview with Sputnik. "We are on the threshold of the Fourth Saudi State, which will be radically different from the three previous kingdoms."

Although Mohammad bin Salman's policies are perceived differently by international observers, the 32-year old Saudi crown prince has already emerged as an influential world player. Thus, it comes as no surprised that he ranked eighth among the most powerful people by Forbes in 2018.