US Supreme Court Rules Govt. Must Have Warrants for Cell-Tower Records - Reports 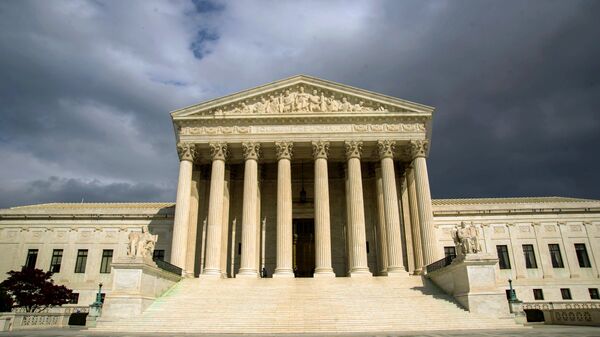 WASHINGTON (Sputnik) - The US Supreme Court ruled on Friday that the authorities must obtain a warrant to access cell-tower records in order to get a timeline of a person’s location, Chief Justice John Roberts Jr. said in a court document.

"Given the unique nature of cellphone location information, the fact that the government obtained the information from a third party does not overcome Carpenter’s claim to Fourth Amendment protection," Roberts said in the document.

The Fourth Amendment to the US Constitution guarantees the right of the people to be secure in their persons, houses, papers and effects against unreasonable searches and seizures. The Fourth Amendment also specifies that no warrants must be issued unless there is a probable cause, supported by oath or affirmation, describing the place to be searched and the persons or things to be seized.

READ MORE: 'UK, US and France See a New Cold War as Working to Their Benefit' — Author

The document noted that the Supreme Court ruled 5-4 to restrict US authorities from accessing private cell-tower information.

The Supreme Court emphasized in the ruling that an individual does not surrender all Fourth Amendment protections by tapping into the public sphere.

Investigative Journalist: Comey 'Should Have Come Down' on Clinton Over Emails
The ruling was reached in the Carpenter vs. the United States case. Timothy Carpenter is serving a 116-year sentence for a series of armed robberies in 2010 and 2011, the document said.

During the investigation into Carpenters crime, authorities asked his cell-phone service provider for 127 days of records that showed his whereabouts during the time the robberies took place, the document explained.