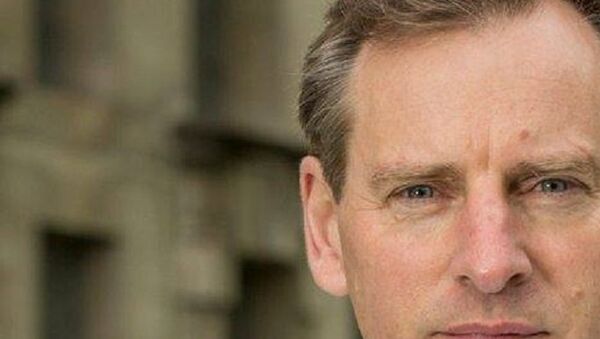 © Photo : Facebook / Ministry of Defence
Subscribe
General Mark Carleton-Smith has given his inauguration speech, becoming the new army chief shortly after replacing General Sir Nick Carter, who has moved on to become chief of the defense staff.

The new British chief of the general staff, General Mark Carleton-Smith, has stated that the UK faces imminent threats from multiple states that he described as "rogue," including Russia, during a speech at the Royal United Services Institute (RUSI). He also noticed that Russia is currently in "revisionist mode" and that it possesses a "growing arsenal of long-range precision capabilities."

"The misplaced perception that there is no imminent or existential threat to the UK, and that even if there was, it could only arise with long notice, is wrong," he said.

He also warned against cutting army's funding, noting that if the country falls behind, the UK might lose its "unquantifiable advantage" over its adversaries.

Information earlier surfaced regarding an alleged conversation between the UK prime minister and the UK defense secretary, where Theresa May had suggested that the army needs to enhance its cyber warfare capabilities in order to deter modern threats coming from other states, including Russia. She also reportedly questioned whether the UK had lost its "top tier" status as a military power.

Relations between the UK and Russia have been trapped in a downward spiral following the poisoning of former Russian intelligence officer Sergei Skripal and his daughter Yulia in Salisbury, England. The UK declared that the substance used in the attack is similar to the Novichok-class of nerve agents developed by the Soviet Union and accused Russia of organizing the attack, expelling 23 of its diplomats as a punitive measure. Both Skripals later regained consciousness, despite their alleged poisoning with a nerve agent. Moscow has rejected the UK's accusations, also expelling British diplomats, as well as closing the British Council in Saint-Petersburg.