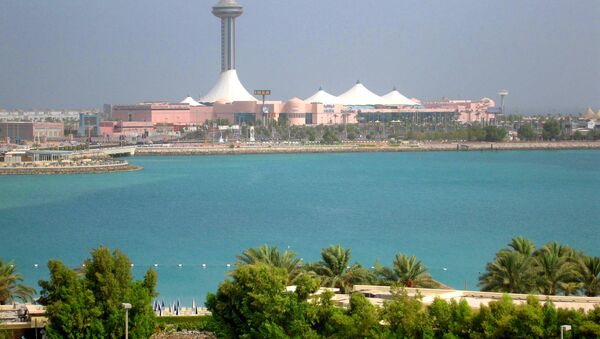 Suliman Mulhem
All materials
Early on in the Syria crisis, the UAE adopted a somewhat neutral stance, calling for an end to the violence but opting not to actively throw its support behind either side.

“The Syrian crisis is progressing year after year, and if the Syrian government will have a better chance of success, the role of the United Arab Emirates will be towards greater political and economic stability and cooperation to consolidate these principles,” the senior diplomat of the UAE’s Ministry of Foreign Affairs (MFA) said, stressing they would improve diplomatic and trade ties in the interest of stabilizing the war-torn country.

Syrian Airline Resumes Flights Between Latakia, UAE’s Sharjah – Ministry
Earlier this year, Syria’s flagship airliner resumed flights to an airport in the emirate of Sharjah in a move that potentially indicated improving trade relations between the two states.

The UAE’s second secretary went on to say that he thinks the UAE will play an “active role” in Syria’s post-war reconstruction effort, in line with their humanitarian and international development goals.

When asked for his thoughts on the prospect of the UAE serving in a mediatory role between opposing sides in Syria and their foreign backers, the diplomat said it was unlikely as a concerted international effort is needed to achieve peace, especially from states with power on the ground.

China, Egypt, Iraq, UAE May Become Observers in Syria Peace Process
He also said that all the allied powers representing the various warring parties – including Russia, which has strong ties with Damascus and is widely considered to be pivotal to reaching a longstanding political settlement in Syria – can end the crisis only if they work together.

The views and opinions expressed by Khalid Al Ali are his own and do not necessarily reflect Sputnik's position.