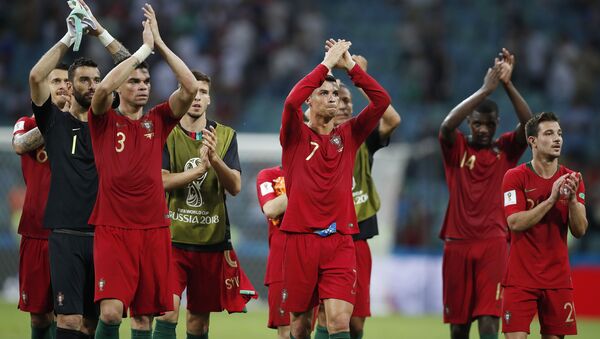 Four players in Portugal's World Cup squad have torn up their contracts with their club Sporting Lisbon after fans attacked them at their training ground. Sputnik spoke to sports lawyer Daniel Draper, who explained why the players they were legally entitled to walk away.

One of the four was Portugal goalkeeper Rui Patricio, who signed a four-year contract with English Premier League newcomers Wolverhampton Wanderers on Monday, June 18.

The 30-year-old will be in goal for Portugal farleys in Saransk on Wednesday, June 20, as they take on Morocco in their second World Cup group game.

He was one of seven Sporting Lisbon players who terminated their contracts last week after they were attacked by a group of the club's fans at their training ground in May.

Daniel Draper, head of sports law at Manchester-based Farleys Solicitors, said footballers' contracts were fairly standard and he doubted there would be an express clause in Rui Patricio's which he was relying on. 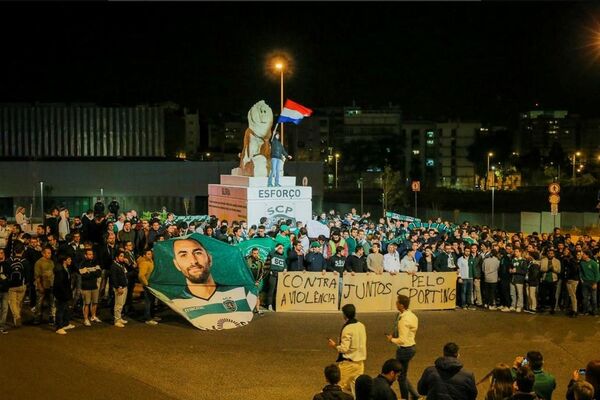 More than 500 Sporting fans gathered outside Alvalade last night to display their disgust with the hooligan attack and show their support to the players, technical staff and the club
© Photo : Jan Hagen / twitter

'Footballers Have Been Forced to Train in the Dark'

He said he had known of clubs forcing players to train in the dark, which was a breach of health and safety laws.

"They didn't turn the floodlights on. They made them train in the dark," Mr. Draper told Sputnik.

A Portuguese newspaper published photographs in May of head injuries suffered by one of the seven, Dutch striker Bas Dost.

Around 50 Sporting fans attacked the players after they missed out on a Champions League place on the final day of the league season.

"Sporting is not this, Sporting cannot be this. We will make every effort to establish full responsibility for what has happened and we will demand the punishment of those who acted in this absolutely pitiful way," said the club after the incident.

Last summer West Ham United were reported to be lining up a £40 million (US$52.6 million) bid for William Carvalho but on Monday, June 18, the Liverpool Echo reported that another Premier League club, Everton, were now favorites to sign him.

Premier League Clubs Need To Do 'Due Diligence'

Mr. Draper said he would expect clubs like Wolves and Everton would have done their "due diligence" before agreeing to sign a player who had torn up his contract.

"Sporting will have registered those players' contracts and you would hope that by terminating it they would get clearance and that Sporting no longer hold that contract. But if a player is worth £40 million Sporting are not going to just walk away and say 'fair enough'," Mr. Draper told Sputnik.

"It is a breach of FA rules if you sign a player who has a contract elsewhere," he added.

"The worst that Wolves would have to do is pay a fee for that player and the best is that they get that player for nothing," Mr. Draper told Sputnik.

But the EFL ruled Wolves, who were promoted to the Premier League last month, had done nothing wrong.

Sporting have suffered a traumatic season with the players at loggerheads with the club's president Bruno de Carvalho who, in April, tweeted that he had suspended 19 players after they lost a Europa League match to Atletico Madrid. He later deleted the tweet.

Sporting are one of the biggest clubs in Portugal and their poor run of form contrasts with the success of their great rivals Benfica, who won four league titles in a row. 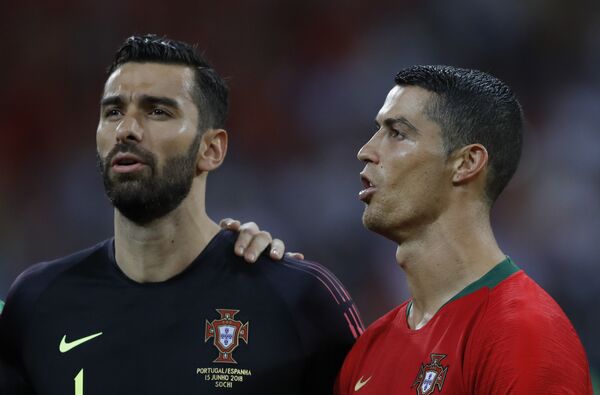 Sporting have not won the league title since 2002.

Mr. Draper said this incident just shows how much power players have nowadays.

"If a player does something wrong the most a club can do is fine them two weeks' ages or terminate their contract. Chelsea did that with (Romanian striker) Adrian Mutu in 2004 after he tested positive for cocaine. They lost the value of the player and had to sue him to get the transfer value back," Mr. Draper told Sputnik.

In 2010 Mutu — who played for Juventus and Fiorentina after leaving England — lost his final appeal and was ordered to pay Chelsea 17 million euros (US$19.6 million).