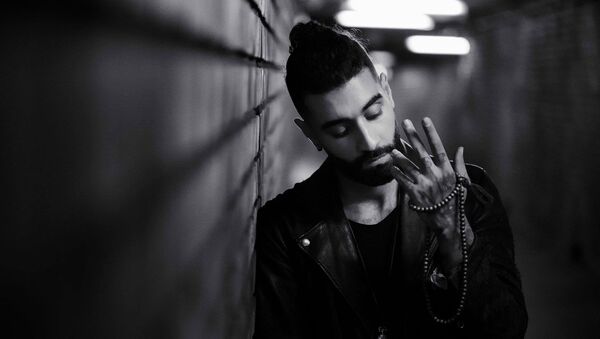 Norwegian Muslim rap artist Kaveh has been reported to the police after making a remark about Jews at a concert, where the witnesses said it made their food "go down the wrong pipe." Kaveh later claimed the remark was a joke.

Ervin Kohn, the leader of the Norwegian Mosaic Community has decided to file a police notification over rapper Kaveh allegedly inciting anti-Semitic hatred during the Haugen Festival in Oslo, the newspaper Aftenposten reported.

After first congratulating fellow Muslims on the end of Ramadan, the Islamic month of fasting, and wishing them "Eid Mubarak," Kaveh Kholardi (23) followed up by asking if there were any Christians or Jews present. After a short pause he said "F**k Jews", only to add "Nah, just kidding" seconds afterwards, Aftenposten reported.

By his own admission, Kohn reported the incident not as the leader of the Mosaic Community or the deputy head of the Anti-Racist Center, but as a private person. He also encouraged more people to do the same.

"He said 'F**k Jews' at a family concert. It is the same as saying 'to hell with Jews,'" Kohn argued.

According to the daily newspaper Verdens Gang, many festival-goers had their food "go down the wrong pipe."

"It's all very sad. The point of this event was diversity and inclusion. The goal was a sense of togetherness, and anti-Semitism is the opposite of what we want," Anne Christine Kroepelien of the district committee told Verdens Gang.

Festival-goer Leif Eric Fredheim called Kaveh's statement "absurd," as it happened during a family festival with a lot of children present. He also said it "ruined the mood."

On his Facebook page, Kaveh explained that the quote was taken out of context, which he claimed was ironic. Kaveh assured the public that he was not racist and not an anti-Semite. He also pledged to personally meet the young people who felt any kind of discomfort over the incident and listen to their complaints. The comment was later removed.

Kohn, however, wasn't satisfied with this answer, stressing that there was a difference between explanations and regret. He also disagreed that the statement was taken out of context.

Kaveh Kholardi (23) is an Oslo-based rapper, songwriter, artist and producer of Iranian ancestry. He is a Muslim.

Earlier in June, Kaveh made the following comment on Twitter: "How come Drake [Jewish-Canadian rapper] made front page in GQ as the world's best dressed man? Asap Rocky has 28 times better style. F**king Jews are so corrupt."