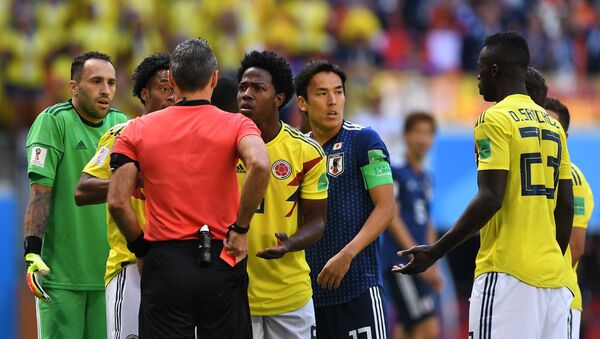 The 32-year-old was sent off by Slovenian referee Damir Skomina after handling the ball inside the penalty area in the 3rd minute of Colombia's match against Japan in Saransk.

Skomina also pointed to the spot, with Japan midfielder Shinji Kagawa stepping up to open the scoring.

​Sanchez has been given a red card in the third minute of the game. That's the second earliest red card in World Cup history, with Uruguay's Jose Batista still holding the record of receiving the red card after 54 seconds of the game in 1986.

​The 2018 FIFA World Cup kicked off on June 14 and will continue until July 15, with the matches set to be played in 11 cities across Russia.

Colombia will take on Poland and Senegal in their other two Group H matches.