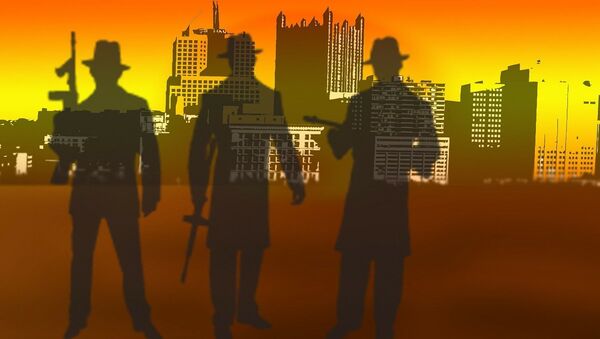 An anti-mafia operation in Italy on Tuesday also led to the seizure of properties and commercial enterprises, as well as corporate shares worth seven million euros.

Italian law enforcement officers with the help of their Spanish counterparts arrested 58 individuals over links to the mafia on Tuesday morning, local police in Rome said.

The mafia group was based in one of the Rome's outskirts, but the operation also took place in Sardinia, Molise and Piedmont, as well as in Spain and resulted in the confiscation of 14 properties, 12 commercial enterprises, vehicles and shares worth seven million euros.

The group controlled the area of Montespaccato and engaged in blackmail, drug trafficking and money laundering. The arrested individuals have also been accused of kidnapping, carrying weapons and business fraud.

Italy has struggled for decades to shed itself from its connections with organized crime.

Earlier in May, Italian police arrested 11 representatives of the Sicilian Mafia Noce, including its bosses and high-ranking members.

According to the investigators, the Cosa Nostra has managed to re-establish its influence in Sicily since 130 of its members were released from jail and returned to criminal activities.

Cosa Nostra and the three other main Italian mafia groups, the Camorra, Ndrangheta and Sacra Corona Unit, include some 25,000 members and 250,000 affiliates worldwide.