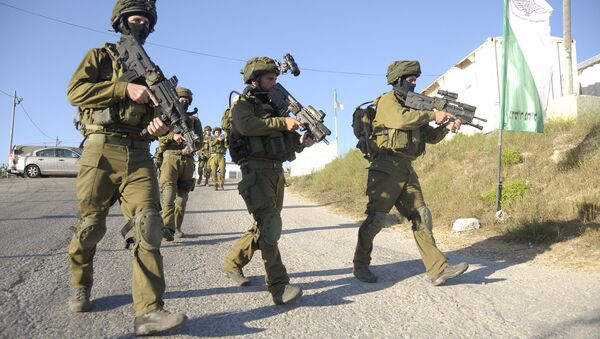 CC BY 2.0 / /
Subscribe
Clashes between Palestinian protesters and Israeli security forces have resulted in numerous deaths and thousands of causalities in recent months, drawing criticism from governments and rights group, though Israel denies it used excessive force.

The UK government is “deeply complicit” in the violence towards Palestinians by the Israeli Defense Forces (IDF) and must do more to encourage Tel Aviv to show restraint, a campaigning and anti-poverty group told The Independent on Monday.

Ryvka Barnard, the War on Want’s senior campaigns officer, also slammed the British government for its decision to abstain from a recent UN vote which condemned Tel Aviv’s tactics and use of “excessive force” in dispersing protests.

“In abstaining from this vote, the UK government has yet again refused to commit to the protection of Palestinians’ human rights as they are targeted with the brutal and unlawful use of force by the Israeli military,” he said.

The UN resolution was successfully passed despite eight votes against it and 45 abstentions.

In addition to condemning the IDF’s violence toward Palestinians, the resolution called on militant groups operating in the Gaza Strip to immediately cease shelling Israeli territory, including civilian areas, though it failed to single out Hamas.

Mr. Barnard went on to say that the UK government’s approval of arms sales to the IDF shows they are not neutral and have some role in the violence.

“But make no mistake, the UK is not sitting aside and remaining neutral. While the world calls for violent attacks on Palestinians to end, the UK government continues to approve arms exports to Israel, making it complicit in the violence.”

More Violence, Hundreds of Palestinians Wounded At Gaza-Israel Border Protest
Israel has insisted that it used a proportional level of force to protect its borders and defend soldiers who were being attacked with stones, while a number of rights groups have said the IDF attacked some “unarmed protestors.”

US President Donald Trump’s decision to recognize Jerusalem as Israel’s capital and move the embassy there galvanized Palestinians and increased the intensity of the wave of protests, which campaigned for numerous issues.

The violence has died down for now, but a long-term solution to the multi-decade crisis is as far away as ever, and regional tensions remain high.