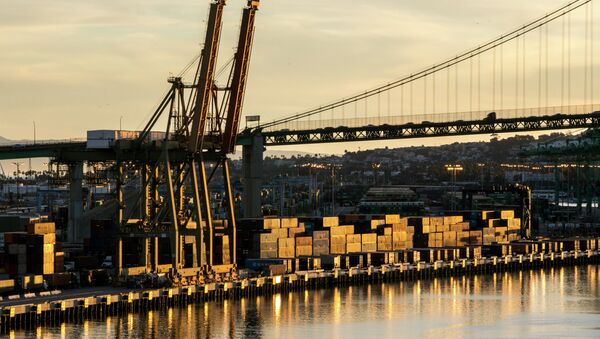 © AP Photo / Damian Dovarganes
Subscribe
The trade spat between the US on one side and China, Canada, Mexico and the EU on the other is escalating and threatens to turn into a global trade war. Speaking to Sputnik, trade attorney Daniel Ujczo explained what's at stake, and why President Trump seems ready to gamble on a recession to achieve Washington's goals.

Sputnik: We're discussing whether there is going to be a trade war, because we've had several experts on the show and some of them have said that a trade war is indeed looming. What's your take on this?

Daniel Ujczo: I do think we are entering…into the summer of disruption in global trade, with the imposition of upwards of 25% tariffs on $50 billion worth of Chinese goods…I think we'll start seeing the impact on the ground of that here in the United States and around the world, as well as China's retaliation.

Scotiabank Has Gloomy Outlook for Canada, Mexico Amid Growing US Protectionism
I think the question is, as we emerge from whatever happens over the next several months and looking into 2019, will we have an outcome that has rebalanced trade, which is what the US objective is, or will we really be on the precipice of a recession?

Sputnik: When we go back to the election campaign, and Donald Trump spoke about taking measures of this kind, a lot of experts were saying it was never going to happen  — that people would talk him out of it. What did you think at the time?

Daniel Ujczo: I live in Ohio, right in the heart of the Midwest; we are the 'Bellwether State'; in order to get elected president of the United States you have to sell your message here in Ohio and nearby in places like Michigan, Pittsburg, Detroit and Cleveland.

Two things looking at the election campaign. Number one, the president won because his authenticity trumped accuracy. It was proven many times that what he was saying didn't hit the facts, but people believed that that's what he believed —  that he was authentic.

So when the president said he was going to take these actions on trade, he knows that his political base requires him to follow through. That's why many times, even when the facts show otherwise, President Trump will double down on his actions, because he knows that he constantly has to keep that authenticity.

The other piece of that is that action will always trump assessment. Meaning that the president knows that those 60 million+ voters voted for him to do something; not to think about the strategy, not to plan every angle as we saw in past administrations – just to go out and do something. That's what we saw on North Korea, that's what we've seen on multiple actions, and I think voters here are waiting to see what he's going to do on trade.

They're willing to take the bet. Nobody knows what's going to happen at the end of this summer…In fact we know that it's probably going to be a volatile ride. We're going to see a great deal of volatility in markets, unlike we've seen since the [2007-2009] Great Recession, but people are willing to take that bet, because those voters believe that he has to do something. He's doing exactly he said he was going to do. It's just that I think it took the rest of the establishment, the business community and others to really believe it, and we've seen it on NAFTA, we've seen it on steel and aluminum, and the list goes on and on. 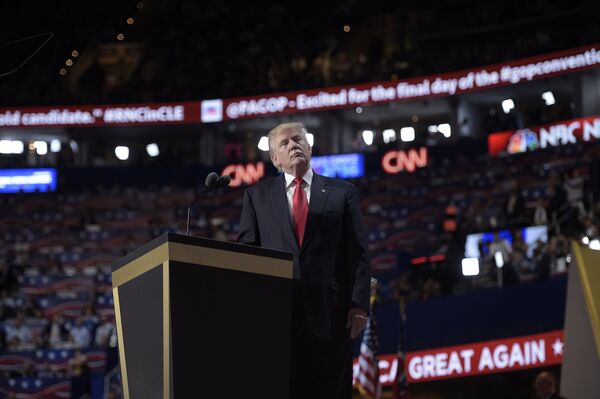 Sputnik: So we're not looking at a scenario where it's not too late to pull back from the brink. You do believe that it's going to be a full-blown trade war?

Daniel Ujczo: I'm always cautious about the term 'trade war', because we have real wars and real military conflicts going on…What I do think is that we are going to see trade disruptions. The president has already put on tariffs for steel and aluminum, including on our key allies Canada, Mexico and the European Union. That retaliation will happen. Mexico has already retaliated. The EU will be retaliating in short order, and Canada will do so after July 1. The tariffs [were] announced against China this weekend and China will retaliate.

The question is —is this the push, the spark if you will, to really gain leverage in the negotiation, [with] the parties [then coming together in dealing] with some of these fundamental problems in the global trading system? Or will we just have this tit-for-tat trade war, which we've seen in history, that doesn't usually end well?

President Trump is a deal guy. He loves to make deals and close deals. That's different than a businessman. He's a dealmaker. And the question is, are these all attempts to gain leverage and try to reach a resolution that will result in that 'rebalanced trade' (the phrase the administration has used), or will it cause so much disruption that we end up going into a recession in 2019? 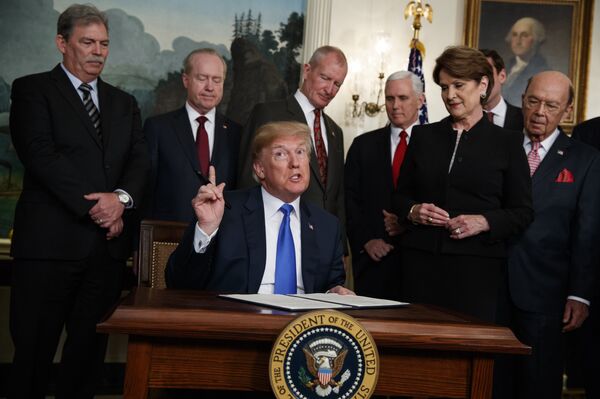 Sputnik: How high are the stakes in a likely trade war? What are we looking at? What kind of numbers are out there?

Daniel Ujczo: There are numbers all over the map. We see hundreds of thousands of jobs here in the United States and around the world; many, many comments on recession; certainly an impact on foreign exchange markets, on currencies. Right now I've been meeting with currency traders that say it's anybody's guess. There's really no model that can prepare for this because we just don't know. And I think it's the volatility itself that's going to create these challenges.

30 Year Old Video Explains Everything You Need to Know About Trump's Trade Wars
Our clients, who have global supply chains – global value chains, really don't know what to do at this point. So not only are prices likely to go up, but it's also going to cause them to sit on their hands, and stagnation is the worst thing. We won't see investment decisions, because the uncertainty won't allow for good business planning.  So what we’re going to see are companies sit on their hands and wait until it all shakes out, which will certainly lead to at least several quarters of slowdown…

But as I said a moment ago, the political base is willing to take that risk that what emerges on the other side will be 'rebalanced trade' or more free and fair trade. We'll have to wait and see, but it's going to be a very bumpy ride until this all shakes out. 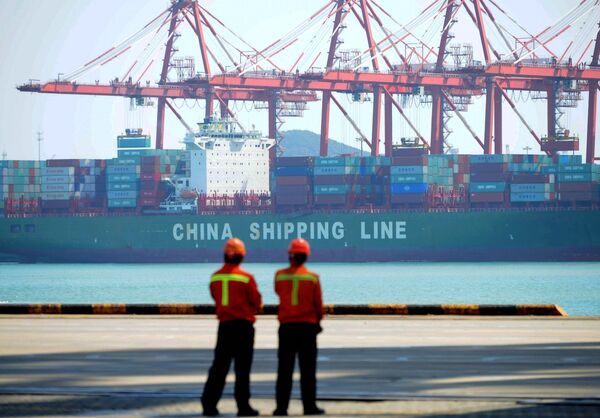 Listen to Daniel Ujczo's complete interview with Radio Sputnik below.

Daniel Ujczo is an international trade and customs attorney focusing on Canada-US matters. The views expressed by Mr. Ujczo are those of the expert and do not necessarily reflect those of Sputnik.

000000
Popular comments
US Trade is imbalanced because the US economic system is inefficient and broken as compared to everyone else. These other countries are doing better because their system is better. The US is not going to win this "disruption" on its terms because these other countries are not going to adopt a failed economic system. - US health care is 4x more expensive than any other country including all of Europe. - All the wars that the US is fighting is draining their economy - Need anyone ask the reason Germany to drag its feet reaching the NATO 2% target? - The US lacks a viable public transport system. This is an enormous financial burden on the working class, as every worker must own and maintain a car. - The US funding system for higher education is burying their educated population under an unpayable student loan burden. - The US uses more energy and natural resources per capita then any other country. All these costs make US exports noncompetitive in the global economy......Do we really want the rest of the world to follow this US model?