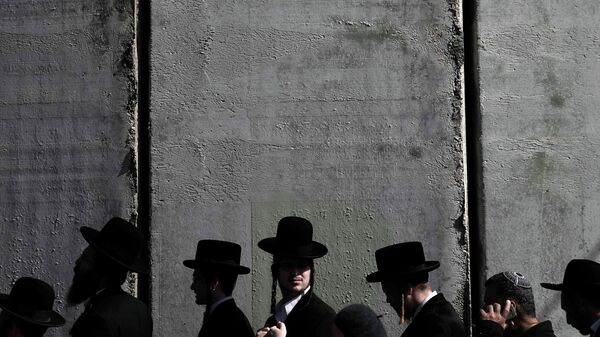 One of the most senior members of the right-wing Sweden Democrats Party has been reported to the police for writing on Facebook that Jews and indigenous Sami people were "not Swedish." The investigation was dropped the same day, however.

Björn Söder, the deputy speaker of the Swedish parliament, has sparked outrage with his comment on Swedishness during an argument on the Facebook page of Center Party leader Annie Lööf.

"Annie Lööf undermines the position of Jews and Sami in Sweden when she indirectly claims that they are Swedes," Söder wrote. "These groups have minority positions in Sweden just because they are not Swedes. Shame on you Annie Lööf for your racist attitude."

Following the Facebook row, Söder was reported to the police for hate crime. The report was made by Anders Lundin, whose grandfather was imprisoned in the Nazi concentration camp Theresienstadt in today's Czech Republic. By his own admission to the Aftonbladet daily, Lundin was "disgusted."

"Björn Söder wants people to know that only some of us are allowed to be Swedish," he said. I want it to be assessed whether that constitutes a hate crime, which I believe it is if you look at the definition in the law books," Lundin said. According to him, it was unacceptable for a person holding a position of responsibility, such as Björn Söder, to come up with such statements.

Police spokesman Martin Detterström admitted that an investigation had been launched into Söder's statement, but said that it was dropped the same day. Lundin was highly critical of the police's proceedings.

"I believe it's tragic, the fact you in the capacity of a deputy speaker can say whatever you want. And then when you try to launch an investigation, it gets be stopped immediately," Lundin said.

Annie Lööf went on to publish a screen grab of Söder's comments on her Instagram account, accusing the Sweden Democrats of "sticking to their far-right roots."

"The problem with the Sweden Democrats is not just their history, but also their ongoing habit of dividing up people, even at the highest levels of their leadership," Lööf wrote.

Columnist Willy Silberstein, who identifies himself as "Jewish and Swedish or Swedish and Jewish" argued in an opinion piece that Söder held an "old anti-Semitic view of Jews," calling it a disgrace for Sweden to have a deputy speaker of parliament making such statements.

By contrast, Söder accused Lööf of using "low" tactics and taking his reply out of its context, which was to defend himself against accusations of racism over earlier comments made in 2014. Söder also stressed that the Sweden Democrats were standing up for minority rights in Sweden.

"It is up to each individual to identify their own nationality. When we speak of minorities, it is to support their distinction and special rights. To accuse me is to twist it all 180 degrees and deliberately misinterpret the whole debate," Söder told national broadcaster SVT.

In 2014, Söder came under fire over his interview with Dagens Nyheter, in which he said that while Sami, Jews and other minority groups may well have Swedish citizenship, they still belong to the Sami nation, et cetera. While gathering a lot of criticism, Söder was also supported by Sami public lawyer Mattias Åhrén, who said that Söder was correct.