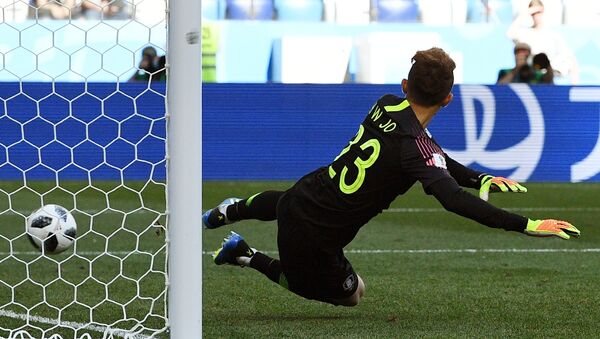 NIZHNY NOVGOROD (Sputnik) - Sweden forward Marcus Berg said on Monday the penalty they were awarded in their World Cup match against South Korea was "obvious."

"I don't think that it's only our height that matters. We were the better team today. We had chances in the first half… and we showed what we can do. We dominated and created many chances. The penalty was clear and obvious. Everything is clear even without VAR in such cases, but today it was in our favor," Berg told journalists, commenting on Korea head coach's statement that Sweden players won the game due to their physical superiority.

Sweden defeated South Korea 1-0, thanks to Andreas Granqvist's spot kick in the 65th minute. The penalty was awarded after a foul by Kim Min-woo forced the match officials to consult the Video assistant referee (VAR).

Sweden will next face reigning champions Germany in Sochi on Saturday.