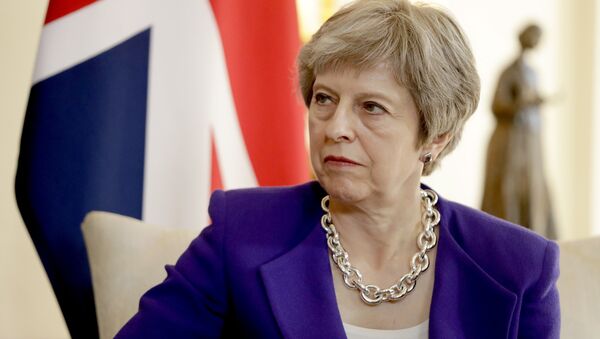 The Brexit process has divided the ruling minority government, with both pro-EU remainers and hardline Brexiteers in the ranks of the Tories posing a threat to UK Prime Minister Theresa May.

Members of the Conservative Party have “privately” warned they could attempt to force PM May out of office if the government is defeated in a parliamentary vote today, Bloomberg reported on Monday.

The vote could see parliament granted the power to reject a deal proposed by May’s government and force negotiators back to the negotiating table with the EU.

READ MORE: Tory Remainer Rebellion Against UK PM May Back in Play

“As parliament gradually assumes a bigger role in the process, the debates have made a ‘no deal’ exit next March less likely and a softer Brexit more likely,” Eurasia Group Managing Director Mujtaba Rahman said in a note.

“As a result, a leadership challenge to Theresa May has also become more likely, because hardline Brexiteers fear they are being outmaneuvered by the prime minister who tiptoes towards a package acceptable to the soft Brexit majority in parliament,” he added.

PM May will be reliant on votes from Labour and other opposition parties, as her government only narrowly possesses a minority in the House of Commons, via a controversial deal with the Democratic Unionist Party (DUP), and it’s already clear that not all Tory MPs will be backing her.

The Tory Party’s pro-EU faction, headed by ex-Attorney General Dominic Grieve, coupled with votes from May’s other political opponents, pose a dangerous threat to May in today’s crunch vote.

UK Prime Minister Signals Determination to Leave EU Customs Union Post-Brexit
Mr. Grieve warned on Sunday that he’d oppose a hard Brexit even if it would lead the “collapse” of the British government.

It remains difficult to gauge the likelihood of a hard Brexit, but with EU-UK negotiations so far failing to yield a compromised solution regarding on Britain’s post-Brexit trading relationship with the union, and neither side seemingly willing to back down, the prospect of the UK exiting the EU without a deal in place cannot be ruled out.

READ MORE: 'Bullying Culture' One of Many Reasons Why UK is Leaving EU – Ex-Minister