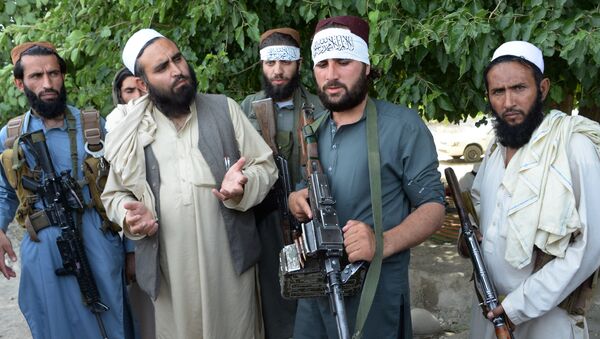 Previously, media reported, citing Afghan President Ashraf Ghani, that the country's government and the Taliban militant group had agreed to prolong the truce.

"The ceasefire ends tonight and our operations will begin, inshallah. We have no intention to extend the ceasefire," Taliban spokesperson Zabihullah Mujahid told the AFP news agency in a WhatsApp message.

The day before, the TOLOnews broadcaster reported, citing Afghan President Ashraf Ghani, that the country's government and the Taliban militant group had agreed to prolong the truce, which was initially announced on June 7 for the period between June 11 and June 19 to mark the end of the Islamic holy month of Ramadan. Later in June, Taliban decided to join the declared truce and also announced a three-day ceasefire on the occasion of the Islamic holiday Uraza-Bairam.

Pakistani Taliban Leader Killed in US Drone Strike in Afghanistan - Reports
The Afghan authorities’ initiative to prolong the ceasefire and launch talks was welcomed by Washington, with US Secretary of State Mike Pompeo expressing readiness to assist in the negotiating process.

NATO Secretary General Jens Stoltenberg hailed Kabul's decision as well, adding that the initiative could allow Taliban to show that the group would like a peaceful future for the Asian nation.

Afghanistan has long been suffering from unstable political, social and security situation due to the simmering militant insurgency, including that of Taliban and the *Daesh terrorist group.