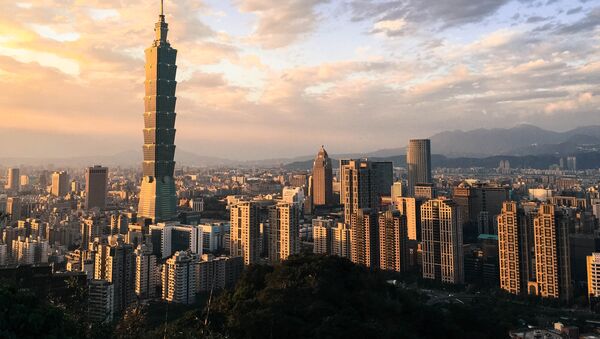 CC BY 2.0 / David Hsieh / Taipei City
Subscribe
The biggest airlines in the US are ignoring Chinese demands made in May to refer to Taiwan, Hong Kong and Macau as Chinese territories rather than sovereign nations or autonomous regions, although many foreign-based carriers abide by the Beijing decree.

Air Canada, British Airways and Lufthansa are among 20 large air carriers who now refer to Taiwan on their websites as a satellite state of China, AP reported earlier this week.

Staffers at the Trump White House criticized Beijing's demands, referring to them as "Orwellian nonsense." On websites, US-based air carriers including American, Delta and United use the nation's name: ‘Taiwan,' to refer to the popular destination.

When asked about the ideologically-based Beijing demand, an American airlines spokesperson stated: "We are consulting with the US government on the matter," cited by the LA Times.

In a similar vein, a Delta official noted that the Atlanta-based air carrier is "reviewing the Civil Aviation Administration of China's request and will remain in close consultation with the US Government throughout this process."

Beijing has not revealed whether a penalty will be imposed on those airlines that do not comply with its order.

If such a financial penalty is imposed, however, China could face a backlash within the economy of its own air-travel sector, as US airlines flying to Taiwan have deep partnerships with China-based carriers including Shanghai Airlines, China Airlines and China Eastern Airlines, which could affect their global market share.