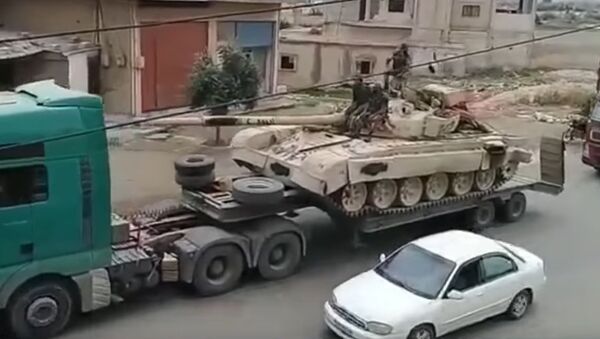 As Damascus appears poised to liberate Syria’s southwestern territories from terrorists, the Syrian army has deployed a large military force in preparation for a possible major offensive in the region.

According to the local sources cited by FARS, Damascus is preparing to launch a major offensive to liberate all of Daraa province and secure control over the border between Syria and Jordan.

The US warned however that it would give a decisive response to a possible offensife of Syrian army on southwestern de-escalation zone.