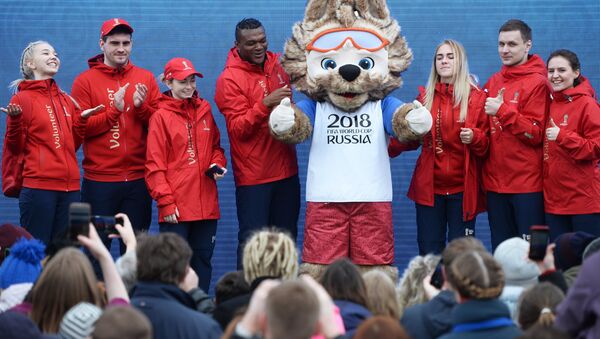 © Sputnik / Pavel Lisitsin
/
Go to the photo bank
Subscribe
MOSCOW (Sputnik) - "No-shows" from constituent groups are responsible for a large number of empty seats at the Yekaterinburg Arena during Friday's Group A match between Uruguay and Egypt, FIFA said.

According to the official data, the game, which ended in Uruguay's narrow 1-0 victory, was attended by 27,015 supporters, while a total of 32,278 tickets have been allocated to the fans.

On Saturday, the authorities of the Russian city of Yekaterinburg, which hosted the match, said that they would send a request to FIFA, who is responsible for allocating the tickets, asking to investigate the incident.

"We can confirm that the matter related to the match in Yekaterinburg was mainly linked to 'no-shows' from all constituent groups… There were no problems with FIFA's ticketing operations on-site that would have prevented ticket-holders from attending the match and, as already mentioned, 32,278 tickets had been allocated," a FIFA spokesperson was quoted as saying by the Irish broadcaster RTE on Saturday.

The 2018 FIFA World Cup kicked off on Thursday and will continue until July 15, with the matches set to be played in 11 cities across Russia.

Another three group-stage games will be played at Yekaterinburg's 35,000-seater arena, with France playing Peru on June 21, Japan facing Senegal on June 24, and Mexico taking on Sweden on June 27.