Prof on Possible Split of Merkel's Coalition: 'Nothing Like It Since 1976' 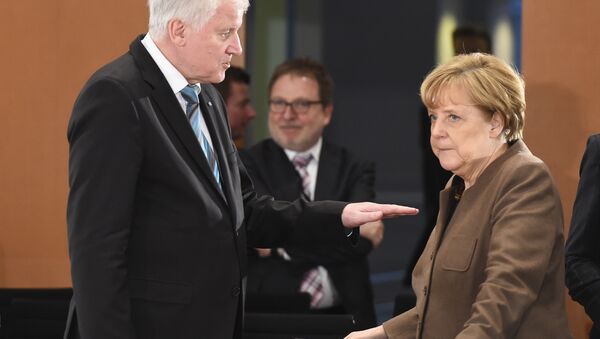 © AFP 2021 / Tobias Schwarz
Subscribe
The newly-formed German coalition government is under threat of collapse amid a conflict between Chancellor Merkel's Christian Democrats (CDU) and their Bavarian Christian Social Union (CSU) on the issue of immigration. Speaking to Sputnik, political analyst Dr. Jochen Staadt outlined what's at stake, and the likely outcome of the political schism.

CSU leader and Interior Minister Horst Seehofer has challenged Chancellor Angela Merkel's open border migration policy, proposing a so-called 'master plan' which would include turning away some migrants at the border, including those already registered in other countries. CSU voiced their "100 percent" support for Seehofer and are looking to turn the country's current policy "upside down." The disagreement has prompted speculation that the coalition is close to imploding.

Sputnik: What are your thoughts on these reports? Is it likely that the two parties have fallen apart?

Jochen Staadt: It could happen that the unity of the two parties in the parliament will break and the Bavarian CSU will have their own faction, their own group in the parliament. In 1976 we had the same situation, when both parties were in conflict about the lost election of 1976 and the CSU left the [CDU/CUS bloc] in parliament. But after two months they decided to come back because the CDU pointed out that they would found their own party in Bavaria, [becoming] a direct competitor to the CSU; and that would not be acceptable to the CSU because they would lose votes.

German Government in Jeopardy Amid CSU/CDU Row Over Tougher Refugee Policy
It's possible that we can have the same situation [today]; already some politicians in the CDU have said that if the CSU breaks the unity, they will found groups of the party in Bavaria and be a part of the political [scene] in Bavaria.

Sputnik: What are your thoughts on the situation in Germany in general? It seems quite divisive and isn't good for the German government or the public going forward, is it?

Jochen Staadt: It's an outstanding situation; we never had something like that, except the one two month period in 1976. In public, in the media, there are many scenarios now discussing what will happen.

Chancellor Merkel…will try to have a decision [on immigration at the European level]. But it is not very possible that she will convince other European countries to follow her line, because they've rejected it before. I don't think Austria and the former Eastern European countries will accept the plan of Mrs. Merkel… 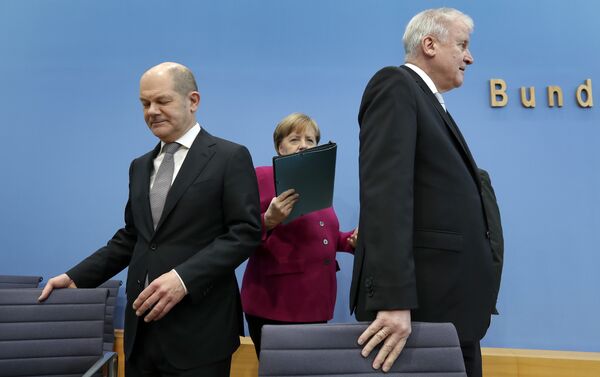 Sputnik: On the face of it, Germany has had such a strong, robust political machine. It's been the powerhouse behind strategy and policy in the European Union. It's almost a mirror image of the current situation besetting the European Union. Without a strong Germany, you don't really have a strong European Union. So there's lots of consequences to not only Germany politics but European politics as well. What's your feeling about this current malaise in Germany?

Jochen Staadt: I don't see at this moment any other solution [apart from] one of the sides compromising…I think they will find a compromise, because no one, CSU or CDU will risk that the government will break apart.

German Migration Office Head Fired Over Bribery Scandal - Reports
In the end they will have a solution, but the problem is that both sides have very, very strong positions over years. The Bavarian party has said 'we will not again step back; we've done it for 15 years, accepted a lot of promises by the chancellor and the CDU and the coalition, and we will not step back'. If they do step back, they will lose the elections in Bavaria in the autumn. I think the only one who can move and will move is the chancellor. 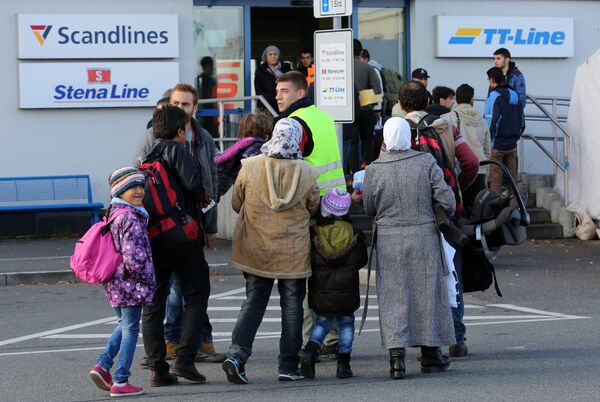 Migrants go to the ferry terminal to buy tickets at the port of Rostock, northeastern Germany
© AFP 2021 / BERND WUESTNECK

Sputnik: The key reason for the falling out is this divisive issue of migration and the different stances of the CDU and the CSU. What changes are we most likely to see on the issue, from your perspective?

Jochen Staadt: We will have in the next period a decision to have stronger rules concerning migration policy. In the public, after a lot of things happened, after a girl was killed by a migrant, we have a lot of people who are concerned about the situation. And it's clear that some steps, some real steps that have consequences that people see have to be taken.

Jochen Staadt is the head of Free University Berlin's research team on the German Democratic Republic. The views expressed by Dr. Staadt are those of the speaker, and do not necessarily reflect those of Sputnik.