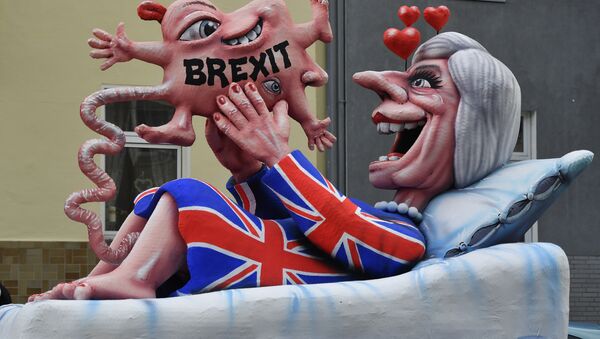 According to the preliminary agreement, Britain must strike a deal with the EU by January 2019 on the terms of its withdrawal from the Union. Despite the pressing deadline, the process of hammering out the deal is advancing sluggishly.

The UK's Brexit department has laid out its 3-way plan for initiating a vote on an exit deal in Parliament. Under the plan, the vote would be triggered by one of three scenarios: 1) Parliament rejects the deal with the EU reached by the government 2) Failure to reach any agreement 3) Government fails to reach an agreement by the January 21, 2019 deadline.

"This ensures that in all circumstances parliament can hold government to account, while also allowing government to deliver on the will of the British people as expressed in the referendum," a department spokesman said.

The UK Parliament on June 13 rejected a proposal that would have forced the government to negotiate for remaining in the European Economic Area and thus continue to participate in the EU's single market in the Brexit talks.

The UK initiated the process of withdrawing from the European Union after a referendum in June 2016. The formal separation is slated to happen in March 2019, but for now the British government is negotiating the terms of the divorce with the EU.