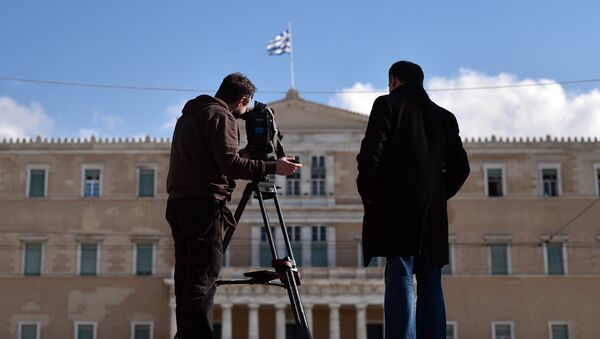 Once approved, the reforms clear path for the Economic and Financial Affairs Council (Eurogroup) to agree on terms of the country’s planned finalization of current bailout program in August and unlock the final tranche worth 12 billion euros ($14 billion), the news outlet added.

The meeting of the Economic and Financial Affairs Council (Eurogroup), where the Greek bailout program will be discussed, is scheduled for June 21.

Greece Already Paying for US Withdrawal From Iran Nuclear Deal... Literally
On Wednesday, the European Commission said that it had approved 32 additional requests by Greece for technical support for reform projects that aim to help the country overcome its economic and social challenges.

Greece is burdened with a massive debt and has been attempting to manage the crisis through austerity measures and loans since 2010. In 2015, Greece's international creditors — the European Commission, the European Central Bank and the International Monetary Fund — signed an agreement with Athens approving a third bailout package worth some 86 billion euros ($101.3 billion) in exchange for austerity reforms, which include pension cuts and tax hikes.