'Crooked Hillary' and 'Slippery Comey': Horowitz About to Drop a Bomb – Analyst 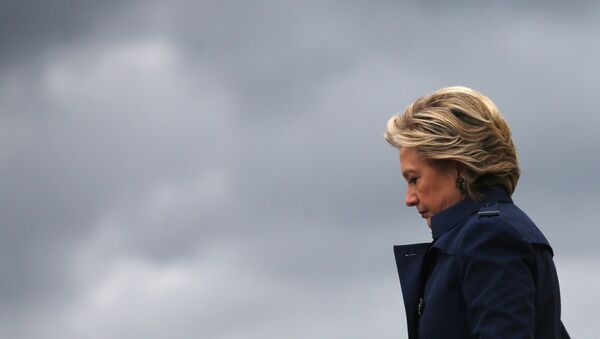 Ekaterina Blinova
All materialsWrite to the author
The Horowitz report may explain the motivation behind Hillary Clinton and her associates relying so heavily on secret private servers, Wall Street analyst Charles Ortel told Sputnik, adding that the report is likely to trigger US voters' interest in the upcoming 2018 mid-term elections and 2020 presidential race.

"The biggest question likely to come out of the forthcoming Horowitz report is how many people at senior levels likely knew of mishandling of classified information by former Secretary of State Hillary Clinton and her associates yet elected to give them a pass from serious investigation and prosecution?" asks Charles Ortel, Wall Street analyst and investigative journalist, who has been conducting a private inquiry into the alleged fraud of the Clinton Foundation.

On June 14 Justice Department Inspector General Michael Horowitz is releasing a much-anticipated report examining the former FBI Director James Comey's investigation into Hillary Clinton's use of a private server. It has taken more than a year for Horowitz to review the FBI and Department of Justice (DOJ) activities related to Clinton's mishandling of confidential information during her tenure as a secretary of state.

Analyst Explains Why Time is Running Out for Soros
According to Ortel, the potential disclosures could become especially toxic for former senior officials in the Obama administration and deal a blow to the Democratic Party ahead of the 2018 congressional vote.

"This second report by IG Horowitz is supposedly going to examine the way in which the FBI and Department of Justice investigated Hillary Clinton's private server arrangements while she was secretary of state (January 21, 2009 through February 1, 2013), and afterward, including while she sought the US presidency," the Wall Street analyst told Sputnik.

He pointed out that most observers have not bothered to examine evidence provided by the "FBI Vault" (an online service available to any internet user anywhere).

"This evidence shows, conclusively, that the FBI did indeed open a formal investigation into possible mishandling of classified information by Hillary Clinton and associates on July 10, 2015, well before the Democratic primaries began," Ortel highlighted.

The investigative journalist noted that many observers also have failed to examine evidence at the FBI Vault concerning an earlier, unsuccessful investigation into the Clinton Foundation for possible "public corruption" from 2001 through 2005.

Ortel emphasized that "these documents suggest to objective observers (including Trump and Sanders supporters) that potential Clinton-related criminal activities involving charity fraud and 'pay-for-play' transactions were not investigated actively enough by the FBI from September 4, 2001 through September 4, 2013 when Bob Mueller led the FBI, and afterward through May 2017, when James Comey followed Mueller."

According to the Wall Street analyst, "if Horowitz does a fair job, his report will have to address likely motivations for Team Clinton to rely so heavily on secret private servers and alias email accounts operated on unsecure devices. And, it should explain how much of the 'missing' emails have been found and examined." 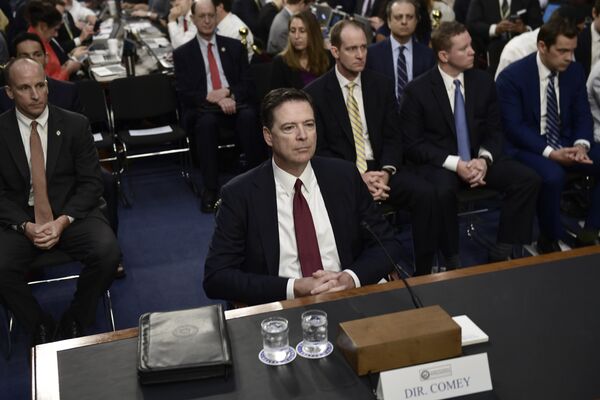 Ortel believes that the upcoming report could reveal blatant errors by FBI and DOJ officials and subsequent attempts to cover them up.

"It is possible that politicians involved may include Obama cabinet members and Obama allies, possibly even the former president himself," he opined.

The investigative journalist does not rule out that the revelations could translate into trials and real prison terms for the culprits.

"I sincerely hope there will be multiple criminal referrals and that these will turn into investigations, prosecutions, convictions, and incarcerations," Ortel said. "Most people hate double standards — powerful political figures cannot be allowed to break laws in efforts to install familial dynasties in power over levers of a government as large as America's has now become."

When asked how the upcoming report could affect the balance of power in Washington, the Wall Street analyst opined that "in almost any reasonable case, the contents of the Horowitz Report are likely to fan voter interest in the November 2018 and 2020 elections."

"If the report contains bombshells implicating the Clintons and Democratic Party elites, then Republicans will likely be moved to come to the polls in greater numbers to help 'Drain the Swamp'," Ortel explained. "If the report does not expose what many expect to see (Clinton corruption and Obama cover-up), then Republicans may even become more motivated, believing that Horowitz has not done a proper job because he could be beholden to powerful special interests."

Why the Fall of the House of Clinton May Trigger Domino Effect Worldwide
The investigative journalist presumed that the report might "accentuate public concerns that the US, especially since the advent of unregulated globalism from 1988 forward has evolved a 'justice system' where politically connected elites profit from their connections financially and escape tough treatment for breaking laws, whereas the rest of the voters have no such privileges."

Michael Horowitz, a DOJ internal watchdog kicked off an investigation into Comey's handling of the Hillary Clinton probe in January 2017. According to The Atlantic, both Democrats and Republicans welcomed the watchdog's decision, given their mixed attitude toward the former FBI chief's flip-flops on the Clinton email case.

For his part, Donald Trump also signaled his interest in the upcoming exposure: "What is taking so long with the Inspector General's Report on Crooked Hillary and Slippery James Comey. Numerous delays. Hope Report is not being changed and made weaker! There are so many horrible things to tell, the public has the right to know. Transparency!" he tweeted on June 5, 2018.

What is taking so long with the Inspector General’s Report on Crooked Hillary and Slippery James Comey. Numerous delays. Hope Report is not being changed and made weaker! There are so many horrible things to tell, the public has the right to know. Transparency!

​The views and opinions expressed by Charles Ortel and Ekaterina Blinova are those of the contributors and do not necessarily reflect those of Sputnik.