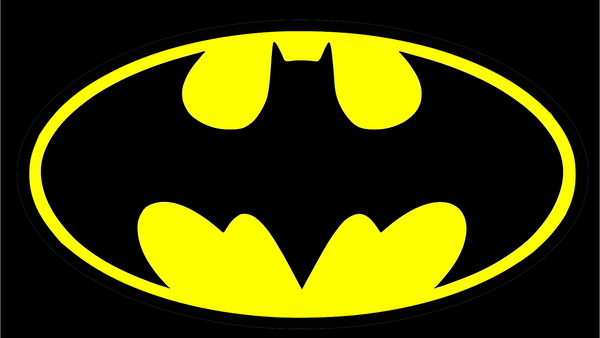 © Photo : Pixabay
Subscribe
Tom King is a leading DC Comics writer, authoring ongoing series such as Mister Miracle and Batman, after rising to prominence via work such The Omega Men - and he’s now revealed he once worked as a counter-terrorism officer for the US Central Intelligence Agency. He’s far from the first former spy to make the leap into the entertainment industry.

King made his admission on NBC program Late Night With Seth Meyers. Meyers, a long-time comic fan who frequently invites creators onto his show, asked the Batman braintrust if he also did comic book work wile employed by the CIA.

King confirmed he did, and even suggested there was an "odd benefit" to being a comic book "nerd" on sensitive missions, such as when he needed to enter other countries without alerting national authorities to his espionage activities.

"Most of my colleagues, bless them, wore suits, looked very much like James Bond. I would always cross [borders] as the super nerd comic book writer. I'd go on an airplane, spill on myself, read comic books, I'd have graphic novels with me. I'd basically be me, and they'd be like ‘That guy could not ever be CIA. Let him in, please. No, he could do no damage to anything!'" King boasted.

King may go down in history as the first comic book author to have a CIA past — but the ranks of many other fields of entertainment the world over are crammed with former spies, and long have been. For instance, Joseph Weisberg, creator, executive producer and writer of FX's hit show The Americans, became a CIA officer in 1990, three years after graduating from Yale University. He has also authored two books — his second, An Ordinary Spy, was optioned for movie development.

Happy 109th Birthday Ian Fleming! Thank you for your service as an intelligence officer & for Bond, #JamesBond! @007 @TheIanFleming pic.twitter.com/xzTzBm1TDv

​It's very common for current and former spies to become authors. Famed British espionage writer John le Carre — himself an ex-spy — once noted there are significant similarities between authorship and espionage, with both professions "perhaps rather lonely." Prominent examples include Ian Fleming, creator of British super-spy James Bond, was a spy during World War II — in May 1939, he joined the Admiralty as an assistant to the director of intelligence and became an armchair planner and overseer for some of its most audacious special operations. His most infamous ploy was Operation Mincemeat, an elaborate deception that saw a deceased Welsh tramp deposited off the coast of Huelva, in southern Spain, by a British submarine.

#WWII #OperationMincemeat — How the Allies Tricked Hitler to open the gates of Sicily
See: https://t.co/n72tDz71YK pic.twitter.com/iZDqcUSmFu

​The corpse was chained to a black attache case, which contained documents identifying the cadaver as Major William Martin of Britain's Royal Marines, and a letter from military authorities in London to a senior British officer in Tunisia, indicating Allied armies were preparing to cross the Mediterranean from North Africa and attack Nazi-held Greece and Sardinia. The corpse was duly found and reported to Spanish police — though Spain was neutral in the conflict, much of its military was pro-German, and the Nazis were handed the documents. As a result, Adolf Hitler transferred numerous Wehrmacht divisions from France to Greece, ahead of what was believed to be a massive enemy invasion — meaning the Nazis were caught unawares when 160,000 Allied troops invaded Sicily instead of Greece, July 10 1943. The operation was so successful that when Nazis came into possession of actual Allied invasion plans, they were discounted as likely decoys.

During #WW2 Roald Dahl worked in the USA for the secretive (BSC) promoting UK interests in the US to counter Nazi propaganda. #RoaldDahlDay pic.twitter.com/DA8xT5c1Tj

​Similarly, British author of children's classics such as Charlie and the Chocolate Factory and The Twits Roald Dahl spent the first year of World War II as a fighter pilot — but a head injury consigned him to desk work. He was subsequently sent to Washington to work in the British Embassy's PR department, where he met Canadian spymaster William Stevenson. He was duly recruited into British Security Coordination (BSC), one of the most extraordinary operations in UK intelligence history — an MI6 operation on US soil, conducted with the approval of the White House, it aimed to mobilize pro-British opinion in America, discrediting isolationist figures and planting false pro-British and anti-German stories in the mainstream media in the process, in order to secure US entry into the war.

Dahl's role in the conspiracy was to investigate political leanings of important women in the US — and his purview ended up unofficially extending to "sleeping with everybody on the east and west coasts worth more than US$50,000 a year," according to his friend Antoinette Haskell.

Likewise, E. Howard Hunt, a long-time CIA employee, was a prolific author during and after his life as a spy. He wrote at least 50 novels, typically about espionage, under his own and a host of aliases, including Robert Dietrich, Gordon Davis and David St. John — often his books included elements of his own spying experiences.

Prominent US essayist Gore Vidal was scathing of Hunt's literary efforts, referring to him as "a hick from western New York who had gone not to Harvard but to Brown, who had not fought in the Second World War but worked behind the lines, who had failed as a serious novelist." He also alleged Hunt was drawn to the CIA as he "found for himself a marvellous sort of club where he could rub shoulders with nobles whose savoir-faire enthralled him."

E. Howard Hunt death bed confessions that the CIA and LBJ assisinated #JFK not docs showing him related to the investigation pop up along with daddy Bush? G. Gordon Liddy was right!#QAnon #QArmy pic.twitter.com/eHz020EOTU

"I was fairly convinced after reading the diaries very carefully when he must have had a hand in them. I'm still convinced of it. There are similarities in the style," Vidal said. s